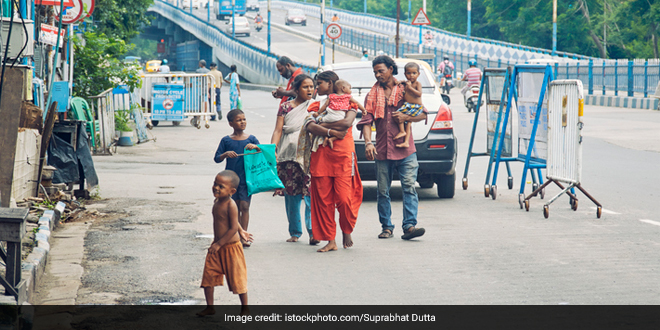 New Delhi: As the state prepares for Assembly Election in a few months, West Bengal Chief Minister Mamata Banerjee virtually launched a scheme to ensure the underprivileged in her state don’t go hungry. The scheme titled ‘Maa Kitchen’ would provide a meal at a nominal cost of Rs 5 mainly to those who can’t afford their meals.

Those who buy a meal under the Maa scheme, will be getting a platter of nutritious meal which will include rice, dal, a vegetable dish and egg curry for Rs. 5. CM Banerjee at the virtual launch on the scheme said,

The government will bear a subsidy of Rs 15 (per plate) while people will get it at Rs 5. This is the Maa Kitchen. We are proud of our Maa (mother). Wherever there is Maa, things will be good. We salute all mothers.

Also Read: Budget 2021: Experts Analyse What The Budget Did For Food And Nutrition Schemes

She further explained that people will get the meal on a first-come-first-serve basis and various self-help groups will operate the kitchens from 1 pm to 3 pm every day. Such kitchens will be set up across the state gradually.

I will also go and taste it one day. This is a unique idea. We had announced this scheme in the budget and managed to launch it within eight days, CM Banerjee said.

The West Bengal government has allotted Rs 100 crore for the ‘Maa’ scheme. She says that they will implement the scheme immediately on an experimental basis and then solve any initial hiccups that come to light to ensure everyone in her state has access to nutritious food.

The West Bengal government had in September last year also launched a similar initiative named – ‘Didir Rannaghar’ in the state, where they provided nutritious meals at Rs 5 to migrant workers who lost their jobs during the lockdown and the subsequent migrant crisis.

Also Read: Mid-Day Meal Scheme Should Be Re-Activated With Provision Of Cooked Meals On Reopening Of Schools

NDTV talked to some of the beneficiaries of the Maa Kitchen scheme, who hoped that the scheme continues for the entire year.

I leave for work in the morning. It’s our good luck if we get food at Rs. 5, a man who came to sample the food tells NDTV.

Another beneficiary, an old woman, said,

If I have to eat vegetables and rice, it costs ₹ 25. It’s unbelievable we are getting a meal at ₹ 5. If we get it the whole year, it will be very good.

Maa kitchens have began functioning at a few places in Kolkata and districts such as Malda, Dakshin Dinajpur, Paschim Medinipur and Howrah.

Budget 2021: Experts Analyse What The Budget Did For Food And Nutrition Schemes