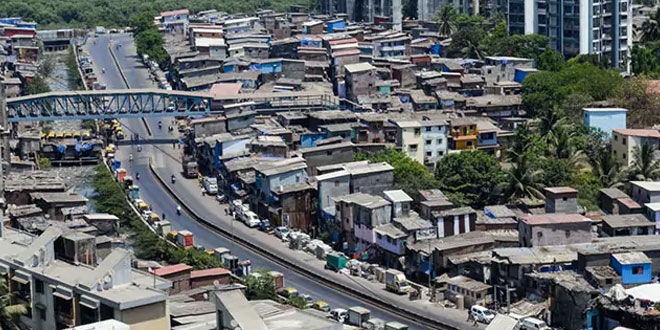 New Delhi: In a virtual media briefing on Friday (July 10), Dr Tedros Adhanom Ghebreyesus, Director-General at the World Health Organisation (WHO) addressed the rise in the number of Coronavirus cases globally and how the graph is moving upwards swiftly and said, “Today, the world recorded 12 million cases. In the last six weeks, cases have more than doubled.” However, he also acknowledged the efforts of numerous cities and countries including India’s Dharavi, considered as Asia’s largest and most crowded slum that have managed to control the spread of the virus.

Also Read: Dharavi’s Success Story: How Asia’s Largest Slum And A Thriving Hotspot Got A Grip On COVID-19

There are many examples from around the world that have shown that even if the outbreak is very intense, it can still be brought back under control. And some of these examples are Italy, Spain and South Korea, and even in Dharavi – a densely packed area in the megacity of Mumbai – a strong focus on community engagement and the basics of testing, tracing, isolating and treating all those that are sick is key to breaking the chains of transmission and suppressing the virus, he said.

Nearly 10 lakh people live (Census 2011) in an area of just over 2.5 square kilometres in Mumbai’s Dharavi. With a population density of over 277,136 per square kilometre, Dharavi is one of the most densely populated areas in the world and hence, when on April 1, first COVID-19 case was reported it set off alarm bells. By mid-April, it became a coronavirus hotspot; on April 23, Mumbai’s biggest hotspot Dharavi had around 190 cases and 12 deaths. But lately, Dharavi has shown significant improvement and has emerged as a success story.

Dharavi has reported a decline in the spread of COVID-19 infections from an average of 43 cases per day in the month of May to 19 cases daily in the second week of June.

According to our estimates, close to 2 lakh people have left from Dharavi to their respective hometowns. But this still leaves a huge number of people that are still living here. Dharavi is still not empty; it’s only a small fraction of people who have gone back. Sure it has contributed in the improvement, but it is not the sole reason. The major contributors to the improvement are the frequent monitoring, fever camps, screening, isolation of people, testing the isolated people, and getting them the treatment immediately.

Mr Dighavkar also believes that continuous monitoring, screening has developed a sense of awareness among the people living in Dharavi which is a crucial weapon in the fight against COVID-19.

After WHO called Dharavi an example, Maharashtra Chief Minister Uddhav Thackeray took to twitter and lauded the integrated efforts taken by BMC, NGOs and the people of Dharavi and congratulated them and said, “This is the success of your efforts”.

In a series of tweets on July 11, Chief Minister’s office tweeted, “Asia’s largest slum and densely populated area like Dharavi has not only shown the World that through collective effort Corona can be controlled but has also made a name for itself globally as a role model in the fight against Corona.”

Asia’s largest slum & densely populated area like Dharavi has not only shown the World that through collective effort Corona can be controlled but has also made a name for itself globally as a role model in the fight against Corona said the Hon’ble CM Uddhav Balasaheb Thackeray.

Further praising the efforts taken to control the spread of Corona and getting global recognition, CM said,

The CM said that such examples of human triumph over global pandemic can inspire others.

According to the government data, while in April the doubling rate was 18 days, it gradually improved to 43 days in May and slowed down to 108 and 430 days in June and July, respectively. The doubling rate is a testimony to the fact that Dharavi has managed to control the virus but with the onset of monsoon, the challenge still looms large.

As the monsoon is coming, there are many slums in Dharavi that have gutters and waterlogging in these areas becomes an issue. With such problems, we fear the COVID cases might spike once again. But we, the Mumbai police, BMC, and people of Dharavi have faced COVID-19 till date, and will definitely find a way to deal with these struggles too, Nandkishore More, Assistant Commissioner of Mumbai Police told NDTV.

The collective and timely efforts have worked in favour of Dharavi and the WHO has called for the same. WHO Director-General had said, “From countries where there is exponential growth, to places that are loosening restrictions and now starting to see cases rise. We need leadership, community participation and collective solidarity. Only aggressive action combined with national unity and global solidarity can turn this pandemic around.”

Related Topics:
Coronavirus Mumbai
Up Next