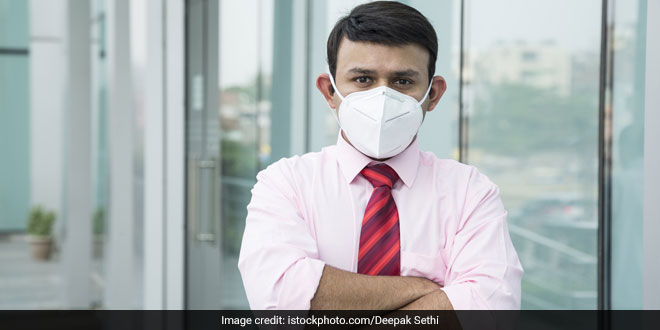 New Delhi: No country met the latest World Health Organisation (WHO) air quality guideline for PM2.5 in 2021, states the latest World Air Quality Report released earlier this week on Tuesday (March 22). WHO recommends that average annual readings of small and hazardous airborne particles known as PM2.5 should be no more than 5 micrograms per cubic meter after changing its guidelines in 2021. Central and South Asia had some of the world’s worst air quality in 2021 and was home to 46 of the world’s 50 most polluted cities.

When you have more than 7 million premature deaths every year, every single year associated with exposure to air pollution, I’m sure that everybody agrees that this is a major public health issue. Actually, nine out of every 10 people around the world, particularly those living in cities, are breathing air that is not consistent with what WHO considers the good standards according to our air quality guidelines for breathing and still being healthy.

Further talking about health risks associated with breathing polluted air, Dr Neira made it clear that the impact of exposure to air pollution goes beyond the respiratory system. She said,

Exposure to air pollution is responsible for chronic obstructive pulmonary diseases, lung cancer, pneumonia, name it. But in addition to that, we know now that these toxic particles will come to our lungs and from there to the bloodstream will reach our cardiovascular system and then be responsible for ischemic heart diseases, neurological disorders, stroke, neurological problems as well in general and reproductive system issues.

Additionally, people living in areas with high levels of air pollution are impacted more by COVID-19, said the expert, based on scientific evidence. Explaining the connection between exposure to air pollution and COVID-19, Dr Neira said,

One reason is that exposure, long term exposure to air pollution will affect your immune system and therefore, will make you more susceptible to any type of respiratory diseases. And obviously, COVID-19 is a respiratory disease. In addition to that, we know that exposure to air pollution will increase the risk for chronic diseases like cardiopulmonary, like metabolic diseases, diabetes. And we all know now that those diseases are the so-called co-morbidities that will increase the risk for more severity and even later outcome if you are a patient with COVID-19.

World Air Quality Report 2021 has made the scale of the problem of air pollution clear. It has engulfed the entire world. To reduce air pollution, Dr Neira suggested putting an end to the burning of fossil fuels. She said,

The combustion of fossil fuels is contributing not only to climate change, but to generating this high level of pollutants that then end up in our lungs. So, changing that policy around which source of energy we are using will be one of the most effective. Legislation, go for enforcing the air quality guidelines of WHO. But if we go to concrete measures, of course at the city level, you have measures now going for a change in the transport, the public transport system they have, promoting more sustainable ways of public transport, reducing the use of private cars, going for the more efficient energy use of our buildings, making sure that they reduce the traffic congestion in certain areas. And we can see that all of those measures are immediate.

As an individual, Dr Neira recommends putting pressure on politicians and mayors and ensuring systems to monitor the air quality. We still need to put in place measures on sustainable transport, clean and modern use of energy sources and all our way of consuming, recycling, she said.