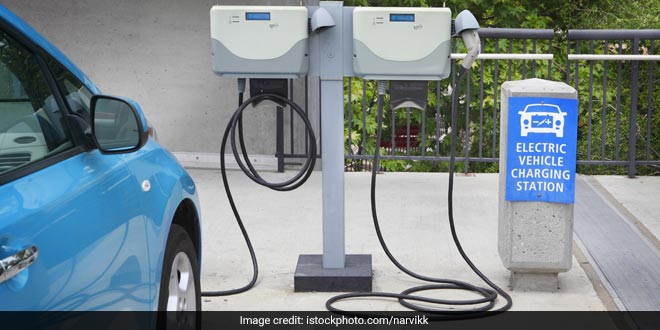 New Delhi: In a bid to encourage the use of electric vehicles rather than those running on petrol and diesel, Union Minister of Road Transport and Highways Nitin Gadkari on Friday (February 19) said that he will make electric vehicles mandatory for officials of his department. His remarks came during the launch of the “Go Electric” campaign to spread awareness on the benefits of e-mobility and EV Charging Infrastructure as well as electric cooking in India.

While speaking at the event, Mr. Gadkari said,

If 10,000 electric vehicles are brought into use in Delhi, then about Rs. 30 crores per month spent on fuel can be saved and it will reduce pollution. I will make electric vehicles mandatory for officials of my department.

Mr. Gadkari also said that electric fuel is a major alternative for fossil fuels which have an import bill of Rs. 8 lakh crores.

When compared to conventional fuels the electric fuel has low cost, reduced emissions and it is also indigenous, he added.

While speaking about diversification of agriculture towards the energy and power sector, the Transport Minister said that the Ministry of Power should promote generation of green power from agriculture waste and biomass which can also benefit farmers across the country.

He also said the “Go Electric” campaign is an important initiative that would help in reducing the import dependence of our country in the coming years and would be an important step towards a cleaner and greener future.