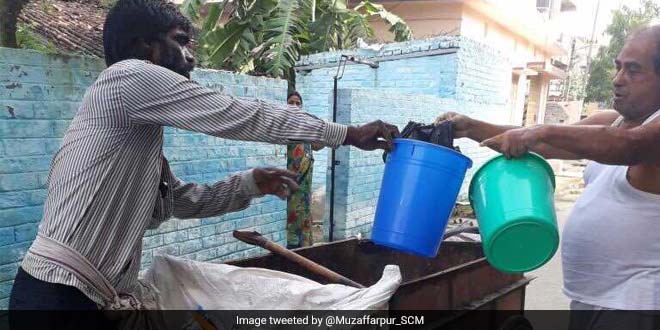 New Delhi: The geographical and demographic difference between India’s urban and rural spaces has given rise to separate municipal problems for India’s urban and rural population. The Swachh Bharat Abhiyan, which looks to address the broader spectrum of sanitation problems in India, has rightly divided the mission into rural and urban wings, the latter focusing extensively on the problems of urban waste management, construction of public toilets and cleanliness maintenance of public spaces. To check the progress of the mission, the Ministry of Urban Development conducts annual surveys, ranking cities on the basis of cleanliness.

Muzaffarpur in Bihar has been a non-performer in terms of urban cleanliness, ranking 304 out of the 434 cities surveyed in Swachh Survekshan 2017. The city’s municipal corporation however, has begun a comprehensive programme to tackle the city’s waste problem. The city is divided into 49 wards and awareness about proper management of waste has been traditionally low. Muzaffarpur was also listed as one of the potential smart cities under the Smart Cities Mission, in 2015. There are numerous problems facing the city, ranging from lack of awareness among the population to unavailability of suitable mechanism to deal with its daily waste generation of 175 metric tonnes. But the city’s civic body is not ready to give up just yet and its waste management programme, though ambitious, aims to tackle the problem head on. Once the unsegregated waste was identified as a major problem, the municipal corporation launched a waste segregation programme in 14 of its 49 wards in January 2017. The programme, had an initial deadline of June 2017 which was then extended to October 2017 and also expanded to include the other 35 wards of the city. The civic body is hopeful of ensuring that all the wards segregate waste regularly by the October deadline.

Mixed waste was being collected by the garbage collectors, resulting in their disposal in landfills while they were still unsegregated. To solve this problem, we decided to launch a segregation programme. Under this, people have been told by municipal officials about the difference between dry and wet waste, what to put in the different coloured bins and how that will help the overall waste scenario in the city, said Ramesh Prasad Ranjan, Municipal Commissioner, Muzaffarpur. 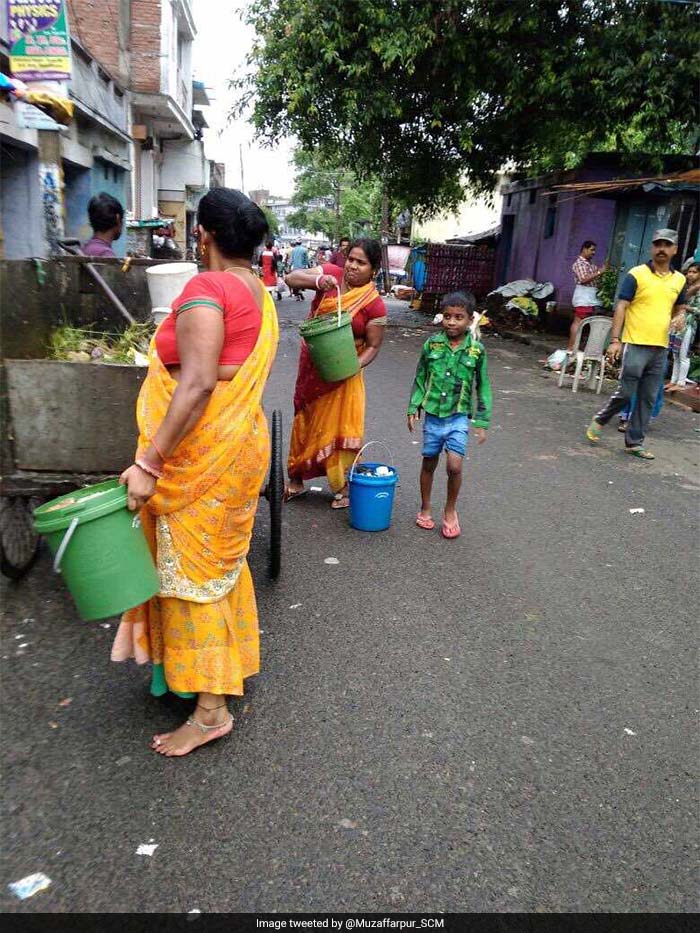 Segregation has caught up well among residents of Muzaffarpur

The municipal corporation has designated its officers not just to distribute dustbins to the residents of these wards, but to also explain the process of segregation to them. The difficulty faced by garbage collectors in separating wet and dry waste, when it is disposed of without segregation, was a primary concern for the municipality. Many waste collectors are rightfully reluctant to handle mixed waste and this waste also resulted in low recycling rate in the city. This is why segregation has been prioritised and the municipal corporation has taken to it actively. Civic officials in each ward are visiting houses and handing out colour coded dustbins to the residents.

The number of wards we have under us is quite large and hence it took us more time than we anticipated. We have set a deadline of October 2017, by which we expect all the wards to segregate waste on a regular basis. But even if takes us two-three months more to meet our target, we will continue with the segregation programme, said Mr Ranjan.

With increased segregation, the municipal corporation has also identified the potential for making compost out of biodegradable waste. The municipal corporation identified seven wards in the city. Waste collected from these is transported near an area close to the city Town Hall. The area has been designated by the civic body for manufacturing of compost and 40 composting pits have been constructed. 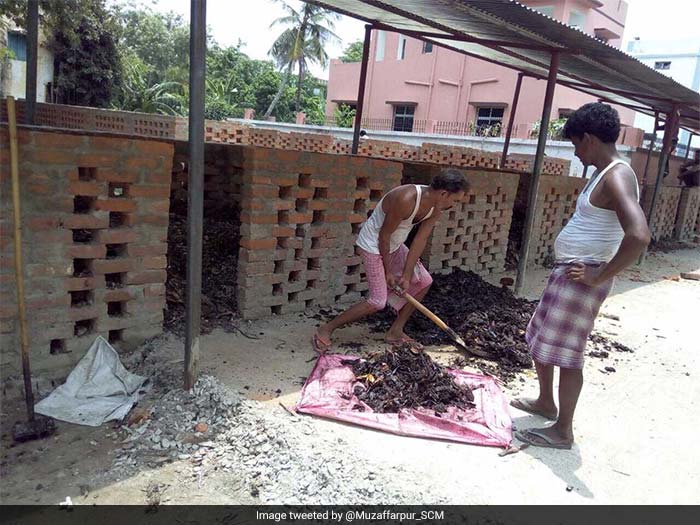 The first batch produced two and half tonnes of compost

Since segregation has caught up in some of the wards, we decided to set up composting pits to begin manufacturing compost out of the biodegradable waste. This was our first attempt to make compost from waste collected from our wards. Due to heavy rainfall in May and June, the composting process also got delayed a bit and we got our first batch of compost in July, said Mr Ranjan.

The first batch of compost was ready in July 2017. Nearly two and a half tonnes of compost was successfully manufactured in the composting pits, a big success for the municipal corporation. The municipal corporation will also increase its earnings as it plans to sell the compost for Rs 6 per kilogram. The state government of Bihar has also agreed to buy compost from the Muzaffarpur Municipal Corporation at a price of Rs 1,500 per tonne.

The civic body is confident that the city’s ranking in Swachh Survekshan 2018, which was launched on July 31 by the Ministry of Urban Development, will definitely improve. Speaking on behalf of the municipal corporation, the commissioner said that there would definitely be improvement in the city’s ranking as by the end of this year, waste segregation and composting would become regular features in the city’s urban waste management plan, giving Muzaffarpur and Bihar at large a much needed Swachhta boost.

From Composting Garden Waste To Treating 200 Tonnes Of Waste Daily, Nagpur’s Techniques Show Its All Round Efforts In Improving Waste Management

Attention Mumbaikars! Convert Wet Waste Into Manure Or The BMC Won’t Pick Up Your Garbage