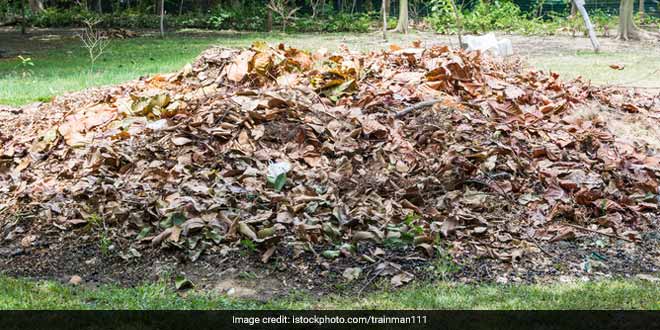 The waste problem in India is estimated to reach unmanageable proportions. If research is to be believed, then India will need a landfill the size of Bengaluru by 2030 to dump its waste. Generating 62 million tonnes of waste annually is a sizeable number, and matter of concern for India. The urban waste problem is even more serious as rising populations and shrinking spaces are slowly resulting in the inability to manage waste properly. Urban civic bodies today are struggling with over exhausted landfills, overworked sanitation workers and rising costs, and hence are resorting to other methods to tackle the waste problem. In Maharashtra, the Nagpur Municipal Corporation is adopting certain methods to deal with the city’s waste problem.

Nagpur generates nearly 1,000 tonnes of municipal solid waste daily, and was ranked 137 in the Swachh Survekshan 2017 rankings, published by the Ministry of Urban Development. Despite being the second most populous city in Maharashtra, Nagpur’s dependency on the sole Bhandewadi landfill has severely burdened it, resulting in near exhaustion of the landfill. Waste from the city’s households, industries, public spaces and gardens has been regularly transported to and disposed in the landfill. To reduce the amount of waste disposed, the Nagpur Municipal Corporation (NMC) has decided to produce compost at some of the city’s gardens, using waste produced from the gardens themselves. The compost too would be utilised at the same spots, thereby ensuring that the cycle of waste generation, composting and utilisation is kept within the same space. The project was launched in June 2017.

The only landfill in the city is gradually exhausting its capacity. Disposal of mixed waste is anyway problematic as workers have a difficult time to segregate and dispose, resulting in often dumping all sorts of waste together. So we decided to see if we can properly manage waste just from the garden initially, said Ranjana Lade, Deputy Commissioner, Nagpur Municipal Corporation.

As a pilot for the project, five gardens have been chosen in the city. The project will also take help from women self-help groups (SHGs) who will be in charge of identifying biodegradable waste in the garden, help in its accumulation and then begin its composting. The success of the pilot will determine whether the project will be implemented across all the gardens in the city. The NMC is looking to save transportation costs with the successful implementation of the project as garden waste would no longer be required to be transported to the landfill.

Given the amount of waste we generate every day we expect Hanjer to put in more effort to treat our waste and function as per its capacity. We are still in regular talks with them, asking them to increase their capacity of treating waste. If 800 tonnes are treated daily, we will be able to generate more amount of compost and sell it, increasing our revenues, said Mrs Lade.

The decision to compost garden waste will help Nagpur in its waste management initiatives. The city civic body has already urged residents to practice waste segregation and began door-to-door waste collection, while handing poor residents of the city colour coded dustbins for free. NMC has also tied up with several NGOs and amassed a volunteer force of 270 people who would be instrumental in spreading word on waste segregation and educate street vendors on the importance of waste segregation. Nagpur’s employing both small and large scale waste management tactics to deal with its waste problem and eventually end up as a better ranked city in Swachh Survekshan 2018.

With Effective Segregation And Composting, Muzaffarpur Aims To Boost Bihar’s Performance On The Swachhta Map