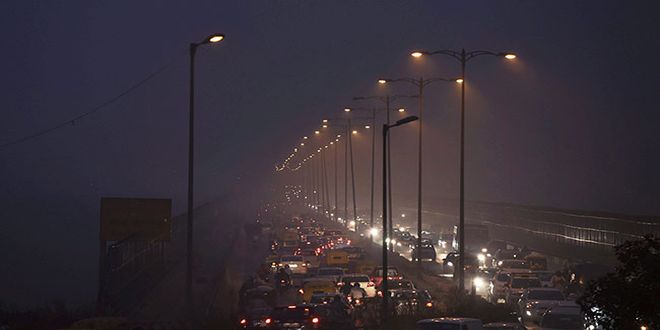 New Delhi: Though nine Indian cities figure among the World Health Organisation’s (WHO) 10 most polluted global destinations, lack of effective implementation of pollution control measures remains a major challenge, say experts. The Prime Minister Narendra Modi government’s Pradhan Mantri Ujjwala Yojana, which ensures LPG (Liquefied petroleum gas) connections to women from poor families, has helped lower indoor pollution. But vehicular emissions and stubble burning in the northern states remain major contributors to air pollution. With polluted air raising health risks in a large part of India, the situation is critical, to say the least and assumes significance as we get ready to celebrate the World Environment Day on Wednesday. The United Nation’s has set “air pollution” as the theme for this year’s celebrations.

There are policies and programmes to deal with air pollution. But there are issues with their management.

The government has dealt with vehicular emission through several policies, but stubble burning, which leads to smog and high level of pollutant in the national capital during winters, has not been looked at properly. Mr. Kumar said,

Last Diwali, in several parts of Delhi the concentration of Particulate Matter (PM) 2.5 exceeded 1,500 µg/m3, way above the “severe” category and could result in respiratory problems to even healthy people.

Environmentalist C.R. Babu stressed the need to raise public awareness. He said, “Technology cannot help much in the fight against air pollution. The natural sinks (to absorb pollutant) have either filled or have been eliminated, while sources of pollution are increasing. How many vacuum cleaners or sprays can be used to remove dust? People’s participation is a must.”
Mr. Babu suggested creation of green buffers as one way. He said,

We need multiple patches of vegetation across the urban areas. Only a carpet of greenery can absorb dust and pollutant.

‘India Can Replicate China’s Plan To Tackle Pollution’, Says A Report By A Chinese Policy And Advocacy Group