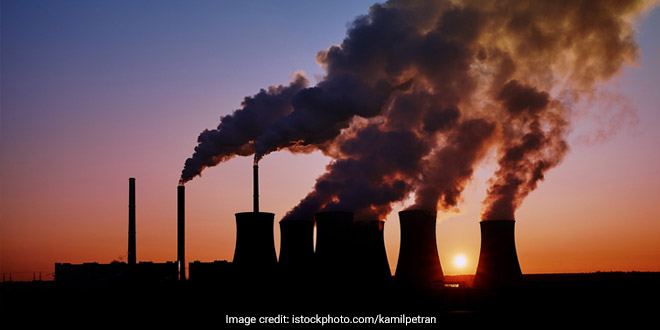 Ahmedabad: The Gujarat government will launch an `Emission Trading Scheme’ (ETS) on Wednesday, under which a firm which reduces emissions below the stipulated limit can sell its `emission permits’. The scheme, to be launched on World Environment Day, is the first of its kind in the world, and will incentivise the reduction of emission of pollutants, the government said in a press release on Tuesday. Chief Minister Vijay Rupani will launch it at a function.

The main aim of the scheme is to incentivise the industrial units which cap their emissions. It will also reduce the cost of reducing pollution. Industrial units will be attached to a Continuous Emissions Monitoring System for effective compliance.

The Gujarat Pollution Control Board (GPCB) said in another release that emissions trading or cap-and-trade are a market-based the approach used in “controlling pollution by providing economic incentives for achieving reductions in the emissions of pollutants”.

Under the scheme, the GPCB would set a limit or cap on the amount of a pollutant that may be emitted. The press release added,

The buyer in this system, thus, will be paying a charge for polluting, while the seller will be rewarded for having reduced emissions, it said.