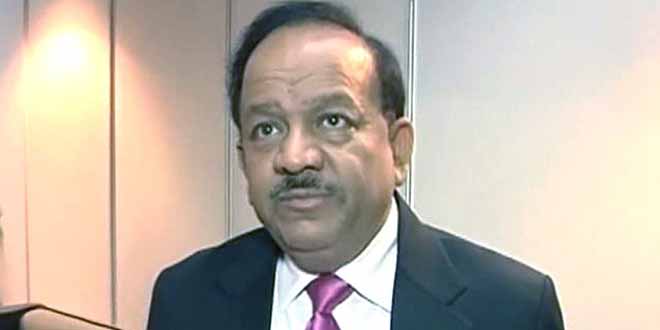 New Delhi: ‘We all should minimise the use of plastic in everyday life,’ urged, environment minister Dr Harsh Vardhan and asked people to take “active measures” to protect and conserve the ecosystem. He said, “The United Nations has entrusted India with the responsibility of hosting the 44th edition of ‘World Environment Day’ on June 5 with a focus on finding alternatives to plastic. The entire world is looking at India with hope, as people of this country are known to have shared a unique bond with nature for ages. They are waiting to see us successfully implement the ‘Beat Plastic’ campaign, which will be launched by the government on the occasion of World Environment Day.”

If we have to return to the next generation the same clean air and clean Ganga water our forefathers enjoyed, we have to involve everyone in saving the ecology. Ask people what they can do for the environment. Ask yourself, how each one of us can contribute towards the green and healthy environment.

Also Read: Global Quantity Of Plastic In Oceans To Nearly Double To 250 Metric Tonnes By 2025

The Ministry of Environment, Forest and Climate Change has currently banned plastics in all protected areas around the country and has declared them as “plastic free zones”. Currently, the government is in the process of drafting the plan and policies.

Moreover, the government has also written letters to all the states and Union Territories (UTs) asking them to undertake a massive campaign against the use of single-use plastics and enforce rules to ensure elimination of plastic carry bags of less than 50 microns in thickness.

Though the ban on polythene bags below 50 microns in thickness across the country was implemented in 2016, most states have so far failed to enforce it. To change this the Environment minister has asked all the states and union territories to submit their plan of action for the implementation of the ban effectively.

Along with these steps, a digital campaign ‘Green Good Deeds’ has also been launched with an aim to encourage people to take anti-pollution measures such as planting a sapling and recycling waste.

This year, India is hoping to lead the initiative by setting an example for other countries by starting series of clean-up drives and effective plastic ban policies.

Reel Life PadMan, Akshay Kumar Starts A New Campaign For Menstrual Hygiene, Urges People To Bridge The Gap From #18to82