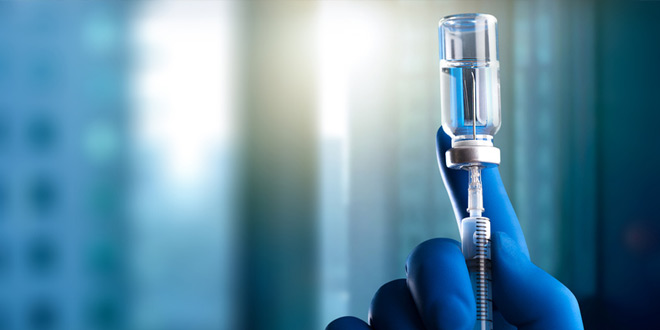 New Delhi: India’s Universal Immunization Programme (UIP) was launched by the government in 1985, and under this programme free vaccination is provided for the listed diseases. The aim of the programme is to introduce advanced vaccines all across the country, especially among the most vulnerable population and those who can’t afford to strengthen their immune system against serious health conditions and diseases.

An integral part of the National Health Mission, UIP is one of the largest public health programmes in the nation. As per the government data, 2.67 crore newborns and 2.9 crore pregnant women are targeted under this programme. Experts also hail it as one of the most cost-effective public health interventions and largely responsible for the reduction of vaccine-preventable under-5 mortality rate.

Following are the vaccines that are a part of the immunisation drive of India:

These vaccines protect against the following 12 vaccine-preventable diseases listed under this programme:

Diphtheria is a bacterial infection and is mostly asymptomatic or mild, but in some outbreaks, more than 10 per cent of those diagnosed with the disease may die. The symptoms usually start two to five days after exposure, beginning with a sore throat and fever. In severe cases, a grey or white patch develops in the throat. This can block the airway and create a barking cough as in croup. It is spread by direct contact or through air.

Pertussis also known as whooping cough or the 100-day cough, is a highly contagious bacterial disease. Initial symptoms for the infection are usually similar to those of the common cold with a runny nose, fever, and mild cough, but these are followed by weeks of severe coughing fits.

Tetanus or lockjaw is a bacterial infection and is characterised by muscle spasms. In usual infections the spasms begin in the jaw and then progress to the rest of the body. Each spasm usually lasts a few minutes and occur frequently for three to four weeks. Some spasms may be severe enough to fracture bones and about ten percent of cases are fatal.

Vaccination against these diseases are commonly done in infants and delivered as a combination DPT vaccine – diphtheria, pertussis, tetanus.

Also Read: “Feel Great After Taking My Jab”: India’s Top Cardiac Surgeon Shares His Experience On Getting The COVID-19 Vaccine

Poliomyelitis commonly shortened to polio, is an infectious disease caused by the poliovirus.  In about 0.5 percent of cases, it moves from the gut to affect the central nervous system, and there is muscle weakness resulting in a flaccid paralysis. The last case of polio in India was in January 2011 and since then there have been no reported cases of the wild polio infections in India. In February 2012 the country was taken off the WHO list of polio endemic countries, after it hailed government’s Polio vaccination programmes.

The two major milestones of UIP have been the elimination of polio in 2014 and maternal and neonatal tetanus elimination in 2015.

Measles is a highly contagious infectious disease caused by measles virus. Initial symptoms typically include fever, cough, runny nose, and inflamed eyes and can be spread through air.

Rubella is caused by Rubella virus and starts with a rash but in severe cases could lead to complications such as bleeding problems, testicular swelling, encephalitis, and inflammation of nerves.

Hepatitis B is an infectious disease caused by the hepatitis B virus (HBV) that affects the liver, it can cause both acute and chronic infection. In acute infection, some may develop a rapid onset of sickness with vomiting, yellowish skin, tiredness, dark urine, and abdominal pain. On the other hand, most of those with chronic disease have no symptoms; however, cirrhosis and liver cancer eventually develop in about 25% of those with chronic HBV. The vaccination against this disease is administered in infants, followed by two or three booster doses later in life.

Meningitis is an acute inflammation of the protective membranes covering the brain and spinal cord, known collectively as the meninges. The most common symptoms are fever, headache, and neck stiffness. Other symptoms include confusion or altered consciousness, vomiting, and an inability to tolerate light or loud noises. Meningitis can lead to serious long-term consequences such as deafness, epilepsy, hydrocephalus, or cognitive deficits, especially if not treated quickly.

Pneumonia is an inflammatory condition of the lung primarily affecting the small air sacs known as alveoli and its symptoms typically include some combination of productive or dry cough, chest pain, fever, and difficulty breathing.

Rotaviruses are the most common cause of diarrhoeal disease among infants and young children. Nearly every child in the world is infected with a rotavirus at least once by the age of five and the immunity develops with each infection, so subsequent infections are less severe, whereas adults are rarely affected.

Pneumococcal pneumonia is a type of bacterial pneumonia which is most common among adults. The symptoms of pneumococcal pneumonia can occur suddenly, presenting as a severe chill, followed by a severe fever, cough, shortness of breath, rapid breathing, and chest pains. The coughing can occasionally produce rusty or blood-streaked sputum and in 25 per cent of cases, a parapneumonic effusion may occur.

Related Topics:
Vaccine
Up Next