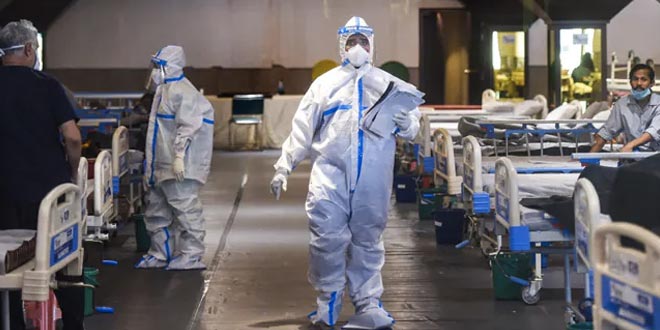 Recently, the Delhi government announced that precautionary doses would now be available for free at state-run vaccination centres

New Delhi: With an uptick in COVID-19 cases and expansion of the vaccination process, the Delhi government has decided to continue the services of all additional doctors and staff hired for vaccination, testing, surveillance and management of the infection in Covid hospitals and district health centres till June 30. Ajay Bisht, deputy secretary, Health and Family Welfare Department, issued an order in this regard in compliance with the directions of the Delhi Disaster Management Authority (DDMA).

…The competent authority is pleased to order continuation of the services of all additional doctors and staffs hired for vaccination, testing, surveillance and management of COVID-19 in Covid hospitals and district health centres (DHCs) of Government of NCT of Delhi till 30.06.2022, Mr Bisht said in the order dated April 12.

This comes as the city witnesses a spurt in COVID-19 cases over the past few days, with the number of active cases increasing to 3,975 on April 25 from 601 cases on April 11.

The hospitalisation rate, however, has so far been low, accounting for less than 3 per cent of the total active cases, according to official data.

Meanwhile, the number of containment zones in Delhi has more or less remained constant and not seen any significant increase. The number of such zones has declined from 741 on April 11 to 656 on April 24, it said.

The Delhi government had last Friday made wearing masks mandatory in public places, and imposed a fine of Rs 500 for any violation.

However, the DDMA decided not to shut schools and come up with separate Standard Operating Procedures (SOPs) in consultation with the experts for them.

Recently, the city government announced that precautionary doses would now be available for free at state-run vaccination centres.