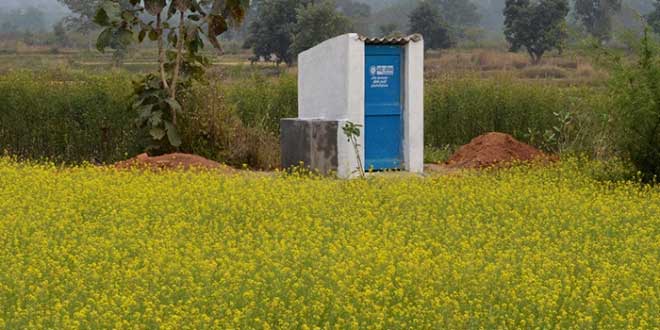 New Delhi: As countries across the globe celebrated World Toilet Day on November 19, India on a mission to achieve 100 per cent sanitation by 2019, marked the day by declaring three union territories (UTs), urban areas of two states and a number of cities open defecation free (ODF), thus raising the number of ODF states to eight. Addressing the fifth National Conference of Resident Welfare Associations (CoRWA) in Mumbai, Minister of State for Housing and Urban Affairs Hardeep Singh Puri said the goal is to not only to declare areas ODF but also to sustain them.

Areas that were declared ODF include urban areas of Chhattisgarh, Andhra Pradesh, Madhya Pradesh, Chandigarh, Andaman and Nicobar and Dadra Nagar Haveli. While the ODF target for all the states is 2019, the UTs have to make their areas free from open defecation by 2018. Kerala, Sikkim and Himachal Pradesh were the first three states to get the ODF title.

Talking about the Swachh Bharat Mission’s (Urban) overall target he said that of the total 68 lakh toilets to be constructed by 2019, 40 lakhs have been built till now.

Greetings to all Swacchagrahis on #WorldToiletDay. @SwachhBharatGov led by PM @narendramodi resonating widely. On urban side, against target of 68L, 40L individual toilets already constructed. 14L underway. Will be ready well before 2019 target date. (1/2)

Considering this year’s theme CoRWA was Swachh Bharat, Mr Puri spoke about the objectives of Swachh Bharat Mission and said, “SBM aims at providing clean & hygienic living conditions but the very foundation on which success of other initiatives can be achieved. Without cleanliness, there can be no healthy living & without healthy living, there can be no life & development.”

Echoing the sentiments of Mr Puri, Prime Minister Narendra Modi tweeted that the government is committed towards improving the sanitation facilities across the country, “We reaffirm our commitment towards improving sanitation facilities across our nation.” He also thanked the people of India who have enthusiastically come forward to help the government achieve this ambitious feat.

I compliment all those individuals and organisations working towards building more toilets in various parts of India. Their invaluable contribution adds solid momentum to Swachh Bharat Mission.

On October 2, the third anniversary of Swachh Bharat Abhiyan, states including Gujarat, Haryana and Uttarakhand had attained the ODF tag not only in urban areas but also in rural areas. In the same month, the rural leg of Swachh Bharat achieved 70 per cent sanitation coverage in rural areas of the country with construction of over five crore toilets. In 2014, when the massive cleanliness campaign was launched, India’s sanitation coverage was merely 38.70 per cent and in last three years it has almost doubled up.