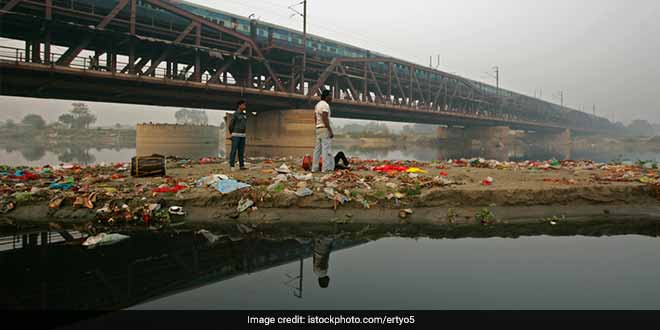 New Delhi: The National Green Tribunal (NGT) on December 18 directed the Delhi Jal Board (DJB) to submit a complete action plan with regard to the drains in the second phase of the Yamuna cleaning project and ensure that no effluent or waste enters the river. A bench headed by NGT Chairperson Justice Swatanter Kumar directed the DJB to submit the plan with regard to the six drains to the principal committee, formed by NGT, within two weeks.

The Green Panel directed the principal committee to hold a meeting to examine the action plan and submit a final plan to the tribunal within two months from December 18.

The meeting scheduled to be held on January 8, 2018 would be attended by senior officials of the National Mission for Clean Ganga, Delhi government, DJB and Delhi Development Authority.

It also directed the principal committee, headed by secretary of Ministry of Water Resources, to submit a time-bound plan for laying of sewer networks and installation of sewage treatment plants in the national capital. The matter will now be heard on February 12.

The tribunal had earlier noted that work on the Phase-I of the cleaning, christened as ‘Maily Se Nirmal Yamuna’ Revitalisation Project, was already in progress and it would now monitor the work of the next stage.

The Phase-I of the clean Yamuna project aims to lower the pollution levels in the Najafgarh and Delhi Gate drains, while Phase-II deals with Shahdara, Barapullah and other drains.

The directions came while monitoring the implementation of its ‘Maili se Nirmal Yamuna Revitalisation Project’.