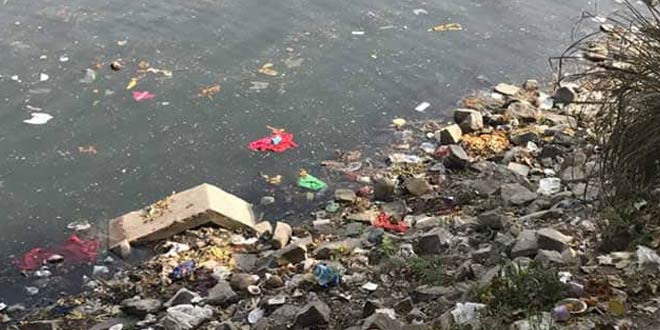 New Delhi: The NGT today rapped the Delhi Jal Board over cleaning of the Yamuna river and said there has been no “meaningful progress” on the ground in the last three years.  The green panel noted that work on 14 sewage treatment plants (STPs) has not even begun despite its January 13, 2015, judgment on the river’s rejuvenation.

“In spite of proceedings in the case in the last three years, there is no meaningful progress at the ground level. It does appear that the present in-charge may not be competent enough to handle the issue. Today, we are in a failure situation. We don’t want useless and incompetent people, who have failed us, the people and the country,” a bench headed by National Green Tribunal (NGT) Chairperson A K Goel said.

Expressing dissatisfaction over the situation, the tribunal directed the CEO of the Delhi Jal Board (DJB) to put in place a suitable officer who can ensure that the work on the 14 STPs starts within a month and asked him to file an affidavit in this regard within two weeks. The bench, also comprising Justice S P Wangdi and Expert Member Nagin Nanda, directed Haryana to file an affidavit on the steps taken to ensure that no untreated effluents flow into the Yamuna river. The hearing in the matter remained inconclusive and the bench said it would pass more orders tomorrow. The tribunal had earlier directed the Delhi government and the DJB to submit a status report on the progress of the work in the first phase of cleaning the Yamuna. It had then directed Himachal Pradesh, Haryana, Rajasthan and Uttar Pradesh to file a complete report of the stretch of the Yamuna falling beyond the national capital.

The green panel had said pollution in the Yamuna was of serious concern as it was highly contaminated by industrial effluents and sewage. It had also asked the Haryana and Himachal Pradesh pollution control boards to jointly conduct a study of the water quality and the flow of Yamuna at the point it enters Haryana, and submit the list of industries located in the catchment area. The green panel had noted that almost 67 per cent of the pollutants reaching the Yamuna would be treated by the two sewage treatment plants at Delhi Gate and Najafgarh under the first phase of the ‘Maili se Nirmal Yamuna Revitalisation Project’.

Related Topics:
National Green Tribunal Yamuna Clean Up
Up Next