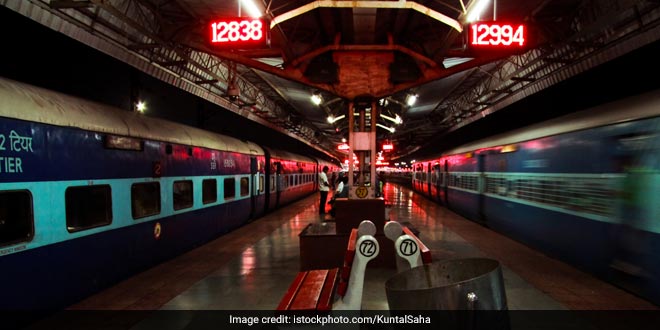 Nellore: Union Railway Minister Piyush Goyal on Thursday said that the Central government is planning to convert all toilets at railway stations into bio-toilets, and 100 per cent mechanised cleaning is going to be a reality in the Railways. “Apart from the cleanliness of all stations, we are converting all toilets into bio-toilets so that tracks are not soiled and we can keep the entire rail network clean. Mechanised cleaning is going to be 100 per cent in the Railways. All the linen that we use will be cleaned in mechanised laundries. We’re setting up CCTVs also to monitor cleanliness while providing safety and security,” Mr. Goyal said here.

Mr. Goyal was addressing a gathering after the inauguration and foundation stones laying ceremony of a string of developmental projects here under the umbrella of Nellore Next. Vice President M Venkaiah Naidu was also present on the occasion.

The South Central Railway was formed on October 2, 1966. It is one of the best performing zones in Indian Railways and has the second rank in station cleanliness in the last survey we did in 2018. We can pay no better tribute to Mahatma Gandhi on whose Jayanti we started the South Central Railway than achieving ‘Swacchta’ not only in rail but also in the entire country, Mr. Goyal said.

“The number of projects we are launching today, totalling Rs. 1,830 crore, will be ushering in a new era of speed, safety, and service for the people of Andhra Pradesh, for the citizens of Nellore. When in 2014 our Government came in, I was shocked that when we tried to connect Mumbai to Southern parts of India – Hyderabad, Bangalore, Nellore, Chennai, there were portions on these critical lines which were a single line,” he said.

Mr. Goyal said that after Prime Minister Narendra Modi-led government took the charge at the Centre, “one of the first things we did was take up the doubling of all these patches which were left a single line, even after 65 years of Independence.”

In the next few months, the entire Golden Quadrilateral, particularly these connections to South India, will have at least a double line section, and now we’re planning the third and fourth line so that we can decongest all these crowded routes, Mr. Goyal said.