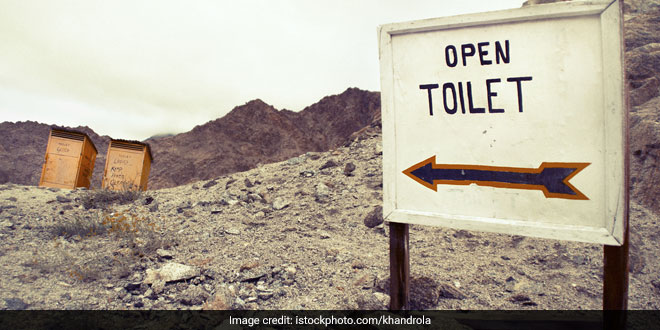 New Delhi: UNICEF Executive Director, Henrietta Fore, on Monday broke inspiring news ahead of Mahatma Gandhis 150th birth year – India has driven the greatest increase in the use of toilets in South Asia “at any time in history” over the last decade, with over 240 million people using them after abandoning open defecation.

The biggest contribution in this progress was by India with as many as 86 million rural households, since 2014, having gained access to toilets for the first time.”Five lakh villages and hundreds of districts and 21 states and union territories are now open-defecation free,” said Ms. Fore, who is on her maiden visit to India. She was delivering the keynote address at the Mahatma Gandhi International Sanitation Convention. As many as 70 countries are participating in the four-day event, which began at the Pravasi Bharatiya Kendra here, on September 30.

The UNICEF chief said the overall progress made by several countries was inspiring. “We’re also seeing rapid results in Indonesia, Ethiopia, Nepal and Cambodia – all on track to eliminating open defecation by 2030. Or even earlier,” she pointed out. “Or Nigeria, Kenya, Niger, Burkina Faso, Togo and Mozambique – all have national roadmaps to deliver total access to sanitation, no matter where people live, no matter how distant or hard-to-reach their community might be,” Ms. Fore noted with satisfaction.

In all, since 1990, 2.1 billion people globally have gained access to improved sanitation facilities. “A great result. One that improves health and nutrition outcomes for children, empowers women, boosts economic prosperity and growth for entire nations,” Ms. Fore said. The UNICEF chief, however, warned that this was still no time to celebrate.

As we mark this progress, we must face a difficult fact: without urgent acceleration of our efforts, many countries will not reach the 2030 goal of sanitation for all. Especially, when one in three people, 2.3 billion in all, still lack basic sanitation service. When 12 per cent of the world’s population still practices open defecation. Or when nearly one quarter of all schools worldwide lack basic sanitation – risking the health and the lives of over 620 million children, she said.

This is obviously a tragedy for the people affected. The children in rural areas or urban slums, who have no choice but to practise open defecation because their communities lack basic services. Those who risk poor health and disease and those children who are stunted by malnutrition in the earliest years. Or the girls who are denied an education because their schools lack separate toilets, or proper sanitation.

As always, the poorest and most disadvantaged are hardest hit. Lack of sanitation unfairly puts them at greater risk of disease and even death. “We also know that 90 per cent of those still practicing open defecation around the world live in 26 specific countries.” Ms. Fore said besides the human and social costs of poor sanitation, there was a huge economic cost involved.

According to the World Bank, poor sanitation results in an estimated global GDP loss of $260 billion annually, because of health costs and productivity losses.” She said the benefits of improved sanitation were significant. “A recent study by the government of India found that within open-defecation free environments, households can save up to 50,000 rupees per year thanks to medical costs averted and time saved.

She announced that UNICEF had evolved “a specific, time-bound target: by 2021, our goal is to have 250 million fewer people practicing open defecation. This means improving sanitation in all the countries where we work – and we’re committed to this.”

Swachhata Hi Seva: Puducherry CM Gets Inside A Drain To Spread The Message Of Cleanliness