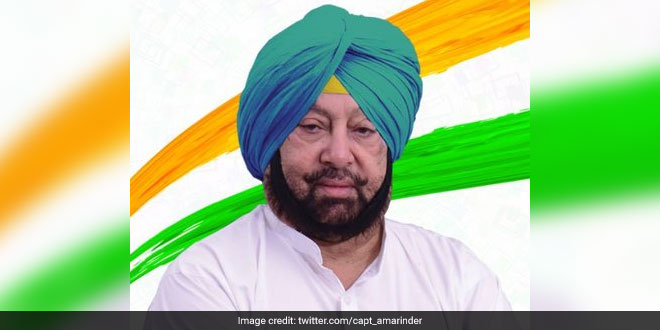 New Delhi: “On the eve of Gandhi Jayanti, Punjab has been declared an Open Defecation Free state. Rural Punjab became ODF in March 2018 and today all urban areas are certified ODF. Now cleaning our cities and villages is our next big challenge. Let’s all join hands to make this possible”, said Captain Amarinder Singh, Chief Minister of Punjab, on October 1, while sharing the good news on social media. As per the data available on Union government portal in 2014, before the start of the Swachh Bharat Mission, Punjab’s rural sanitation coverage was 75.23 per cent.

On the eve of Gandhi Jayanti, Punjab declared an Open Defecation Free State. Rural Punjab became ODF in March 2018 and today all urban areas
certified ODF. Now cleaning our cities & villages is our next big challenge. Let’s all join hands to make this possible.

The rural areas of the state of Punjab were self-declared ODF (Open Defrcation Free) in June this year. Under ‘Swachh and Swasth (Clean and Healthy) Punjab Mission’, nearly 3 lakh (2,93,925) household toilets were constructed in 13,726 villages in 12,971 gram panchayats in 147 blocks of 22 districts.

Despite having better rural sanitation coverage, it took state four long years to phase out the practice of open defecation, reason being, lack of awareness among people and farmers of Punjab. While some would prefer going to farm and defecate in the open, a section of people thought that building and maintaining toilets would burn a hole in their pocket. But dedicated efforts and IEC (Information, Education and Communication) activities helped rural areas become ODF.

Following the footsteps of rural counterpart, urban areas of the state declared themselves ODF on October 1. Though the deadline was June, 2018. A total of 94,909 individual household toilets and 7,221 public and community toilets were constructed to declare 167 urban local bodies (ULBs) ODF. With this, the state has become fourth ODF state in India and only state outside North East region under Swachh Bharat Mission Urban. Apart from Punjab, only Sikkim, Manipur and Mizoram are ODF.

Delighted to share that Punjab declared 100% Open Defecation Free in Swachh Bharat Abhiyan Urban. As of today, 4th State in India and only State outside North East to achieve this feat. A real tribute to Bapu. I congratulate people of Punjab & Team Local Government. @Sbmodf.in pic.twitter.com/TkK46Sw0go

With its ODF status cemented, the state now plans to focus on cleaning UP the cities and villages. To turn the dream of Tandarust (Healthy) Punjab into reality, the state also needs to concentrate on waste management and the problem of stubble burning which is one of the major reasons behind air pollution in the national capital Delhi.

Swachhata Hi Seva: Puducherry CM Gets Inside A Drain To Spread The Message Of Cleanliness