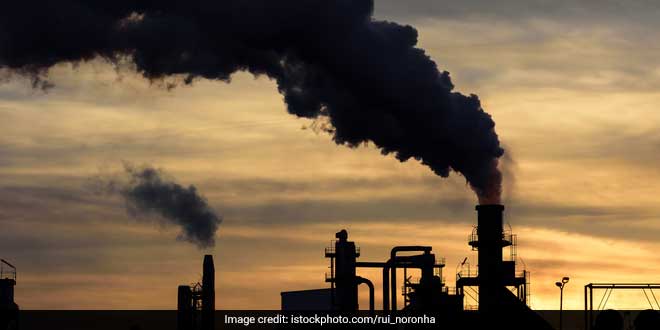 New Delhi: 20 million tons of bio-pellets made from farm stubble will be obtained by the Union Power Ministry and NTPC, as per sources in the Union Environment Ministry. An extensive stakeholders’ consultation was conducted with the NTPC and other state and private power plant operators on the potential use of paddy stubble. The thermal units will use these pellets as fuel along with coal. The power ministry will soon make it compulsory for thermal power plants to use 10 per cent biomass in which 50 per cent will be stubble, added the sources.

The Commission for Air Quality Management (CAQM) constituted by the centre will also issue the same for thermal power plants in the National Capital Region (NCR). The commission is of the view that the Ex-situ utilization of paddy straw, especially in coal-based thermal power plants is an important strategy to solve the problem of stubble burning.

A review meeting was held on Thursday (September 23) by the Union Environment Minister Bhupender Yadav on measures to control pollution in Delhi as well as the NCR. The environment ministers of all the concerned states such as Punjab, Haryana, Uttar Pradesh, Rajasthan and Delhi were asked to take all the steps in an effective manner. The discussion also involved both Ex-situ and In-situ management. In Punjab and Haryana, the United Phosphorus Limited is utilising this process in 5 lakh acres of land; in UP it is being utilised at 6 lakh acres of land and in Delhi, it is being utilized at 5,000 acres of land.

Following In-Situ management, the machines that were given in the last few years will be utilised in a much better manner, says an official. The commission has directed the governments of Punjab, the NCR States and the Government of National Capital Territory of Delhi for implementation of the action, based on the following components of the framework.

In In-situ Crop Residue Management- Supported by CRM Scheme of Ministry of Agriculture, 1,43,801 machines are already available. Another 56,513 are being procured in the current year to facilitate In-Situ Crop residue Management. Moreover, the air quality commission constituted by the centre directed 11 thermal power plants within a 300-km radius of Delhi to co-fire biomass pellets with coal without any delay. The First Action Report has been asked to be submitted to the Commission by September 25. In the meeting, stakeholders stressed on proper implementation at the ground level.

Related Topics:
Environment Pollution
Up Next

Young Children’s Diets Show No Improvement In Last Decade, Could Get Worse’ Under Covid: UNICEF