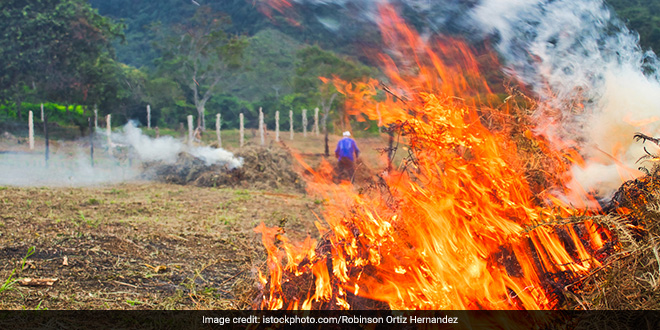 The state witnessed 49,907 crop residue burning incidents this season as against 71,304 last year, he said on Wednesday (November 30)

Chandigarh: Punjab recorded a 30 per cent drop in stubble burning incidents this season, from September 15 to November 30, as compared to last year, Environment Minister Gurmeet Singh Meet Hayer has said. The state witnessed 49,907 crop residue burning incidents this season as against 71,304 last year, he said on Wednesday (November 30). Mr. Hayer said stubble burning is not the problem of Punjab alone, it is the problem of the entire country.

Despite the Union government rejecting the state government’s proposal to provide financial assistance to farmers for not burning paddy straw, the cases of stubble burning have reduced, the minister said. Had there been a positive response from the Centre, there would have been a further reduction in stubble burning incidents, he claimed.

In July, Delhi and Punjab governments had jointly sent a proposal to the Centre and the Commission for Air Quality Management (CAQM) to help them give Rs 2,500 per acre as cash incentive to farmers in Punjab for not burning stubble.

However, the Centre had turned down the proposal in September, according to Punjab Chief Minister Bhagwant Mann.