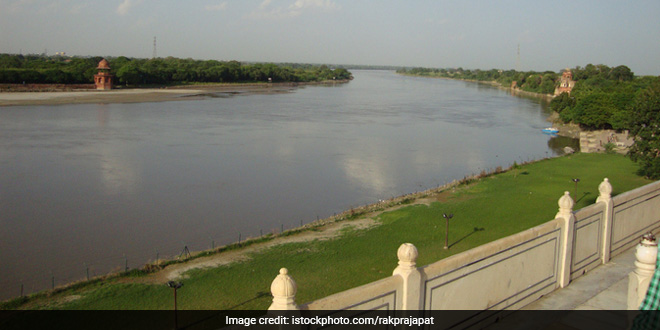 New Delhi: Out of 445 rivers monitored by the Centre, 275 have polluted stretches with Maharashtra topping the chart with the maximum number, Union Environment Minister Harsh Vardhan said on Tuesday. He said that the Central Pollution Control Board (CPCB) made an assessment in 2015 and identified 302 polluted river stretches on 275 rivers.

“CPCB monitors water quality of 445 rivers across the country and has made long term assessment of water quality of rivers with respect to Biochemical oxygen demand the indicator of organic pollution,” Harsh Vardhan told the Lok Sabha in a written answer.

The polluted stretches include 49 in Maharashtra, 28 in Assam, 21 in Madhya Pradesh, 20 in Gujarat, 17 in West Bengal, 15 in Karnataka, 13 each in Kerala and Uttar Pradesh, 12 each in Manipur and Odisha, 10 in Meghalaya, nine in Jammu and Kashmir, eight each in Goa, Himachal Pradesh, Jharkhand and Rajasthan, seven each in Tamil Nadu and Telangana, six in Andhra Pradesh, five in Bihar, Chhattisgarh, Sikkim and Uttarakhand, three in Nagaland and two each in Haryana, Punjab and Tripura.

Delhi and Daman and Diu each have one polluted stretch of river.

The Minister also stated that pollution abatement of rivers is a continuous and ongoing process.

He stated that his Ministry has been supplementing the efforts of the state governments in abatement of pollution in identified stretches of various rivers under National River Conservation Plan (NRCP), which has covered polluted stretches of 31 rivers (excluding Ganga and its tributaries) in 75 towns spread over 14 States, including Kerala at a sanctioned cost of Rs 4,517.82 crore.

So far, Central share of Rs 2,066.98 crore has been released to the state governments for implementation of various pollution abatement schemes and sewage treatment capacity of 2,455.43 million litres per day has been created under the NRCP, the Minister stated.

24 Toilets Unveiled In 24 Hours, Akshay Kumar Does It Through His Instagram Story