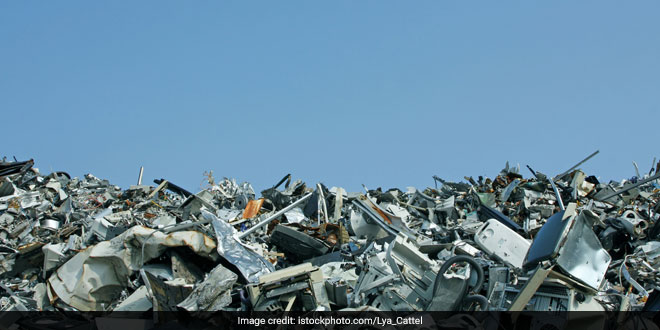 Davos: Each year, approximately 50 million tonnes of electronic and electrical waste (e-waste) is discarded, a UN report said on Thursday. In terms of material value, this is worth 62.5 billion dollars, more than the GDP of most countries. Ironically, less than 20 per cent of this is recycled formally. Informally, millions of people worldwide, over 600,000 in China alone, work to dispose of e-waste, much of it done in working conditions harmful to both health and the environment.

Seven UN entities have come together, supported by the World Economic Forum and the World Business Council for Sustainable Development, to call for an overhaul of the current electronics system with the aim of supporting international efforts to address e-waste challenges.

The report calls for systematic collaboration with major brands, small and medium-sized enterprises, academia, trade unions, civil society and associations in a deliberative process to reorient the system and reduce the waste of resources each year with a value greater than the GDP of most countries.

Also Read: These Nagpur-Based Researchers Have Found A Way To Reuse The Most Common E-Waste – Dry Cell Batteries

The report, “A new circular vision for electronics – Time for a global reboot”, launched in Davos said technologies such as cloud computing and the internet of things support gradual “dematerialisation” of the electronics industry.

To capture the global value of materials in e-waste and create global circular value chains, the report also points to the use of new technology to create service business models, better product tracking and manufacturer or retailer take-back programmes.

The report notes that material efficiency, recycling infrastructure and scaling up the volume and quality of recycled materials to meet the needs of electronics supply chains will all be essential for future production.

And if the electronics sector is supported with the right policy mix and managed in the right way, it could lead to the creation of millions of decent jobs worldwide.

According to the International Labour Organisation, in Nigeria up to 100,000 people work in the informal e-waste sector.

This investment will help to create a system which formalizes these workers, giving them safe and decent employment while capturing the latent value in Nigeria’s 500,000 tonnes of e-waste.

Star Of Swachh Survekshan 2018, Hyderabad Aims For No.1 Spot In The 2019 Clean India Survey