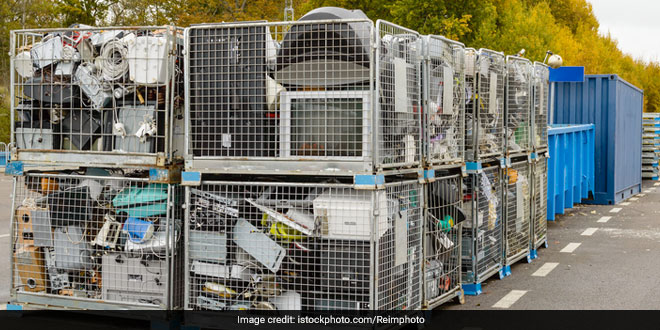 New Delhi: Environment Minister Harsh Vardhan said on Saturday that a plant to convert plastic waste into bio-diesel will soon be made operational at the Indian Institute of Petroleum (IIP) in Dehradun. He was speaking at the International E-Waste Day event organised by the International Finance Corporation (IFC). “The plant has been set up at Dehradun and it will be operational by January end. The facility, which will be run on the pilot basis, is capable of converting plastic waste into bio-diesel. The model will then be replicated across the country,” Mr. Vardhan said.

The plant has the capacity to convert one tonne of plastic waste into 800 litres biofuel which will be of highest quality and it can be used in any diesel automotive vehicle, according to a government official. Mr. Vardhan said the whole country was concerned about the problem of e-waste and the government had amended the existing rules to ensure better management of e-waste and bio-medical waste through revised targets.

Therefore, the contribution of India to the worldwide generation of e-waste is 4.47 per cent. We are neck deep into the problem and we have already have got the rules amended in 2018 based on discussions with the industry and other stakeholders. On behalf of our prime minister, we can promise to the whole world that like many other fields in the environment, we will certainly try to do our best on e-waste front, Environment Minister Harsh Vardhan said.

He also urged those present at the event to build a social movement around ‘Green Good Deeds’- an initiative of the Environment Ministry and make it successful like the ‘Pulse Polio’ campaign. The ministry has drawn up a list of over 500 deeds to motivate and involve the masses in environment protection. It mainly focuses on altering the behaviour to make it nature-friendly, he said.

On the occasion, Japan’s Ambassador to India Kenji Hiramatsu said, I congratulate IFC on the successful implementation of its India E-waste Advisory Project, and I am pleased to inform that Government of Japan has been supporting this project through the Comprehensive Japan Trust Fund since 2014. I hope that this project would continue to contribute to the implementation of the E-waste policy in India.

He also spoke about the importance of promoting a circular economy to achieve the goal of a sustainable society. E-waste is the world’s fastest growing waste stream and India is the fourth largest e-waste producer. At present around 95 per cent of the waste is processed by the informal sector, using practices harmful to their health and the environment. Half of the e-waste generated globally is from personal devices such as computers, screens, smartphones, tablets and televisions, with the remainder being larger household appliances and heating and cooling equipments.

Delhi Air Pollution: Emergency Plan To Kick In From Monday