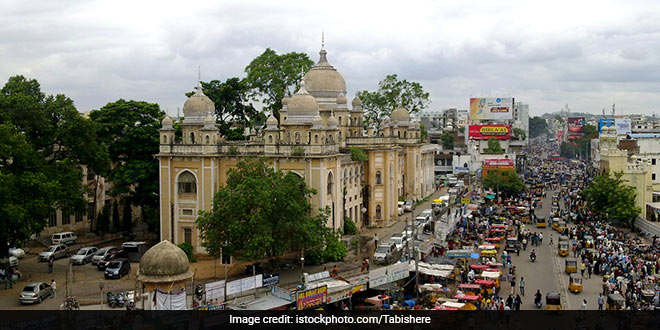 New Delhi: After bagging the title of ‘Best Capital City In Solid Waste Management’ in Swachh Survekshan 2018, Greater Hyderabad Municipal Corporation (GHMC) now aims for a bigger title and hopes to get No.1 overall rank in Swachh Survekshan 2019 (Also Read: Here’s How India Is Gearing Up For Swachh Survekshan 2019) that kick-started on January 4 this year. From making the city eligible for open defecation free (ODF) plus tag (which means the city has been successful in sustaining the tag of open defecation free) to coming out with innovative waste management ways such as using recycled plastic waste in making footpaths and teaching its citizen about waste segregation through e-learning programmes, GHMC has left no stone unturned to stake its claim for the top spot.

Also Read: Swachh Survekshan 2019: Women Roped In To Raise Awareness On About Waste Segregation In Hyderabad

Talking to NDTV about some of the initiatives taken by the corporation, Soma Bharat, Project Officer, Swachh Bharat Mission, GHMC, said,

The GHMC has prepared a 360 degree action plan and has been taking a series of measures to improve sanitation, cleanliness and waste management in the city. Our aim is to do our best and once again gear up for the No.1 spot in swachh survekshan 2019. We came out with different innovations this year to set a successful example of being a city that is managing its waste in unique ways.

Explaining the series of activities that GHMC has undertaken to bag the No. 1 spot in Swachh Survekshan, Mr Bharat added,

We have installed a record-breaking number of 775 recycled plastic bins that are made using waste plastic bottles and other plastic waste such as polybags, shampoo bottles to name a few across the city. With this one initiative alone, we have been able to utilise 23,500 kilograms of plastic waste. Not just this, we are the first one to build a dog footpath in India using recycled plastic bottles.”

“This is just a pilot project and soon Hyderabad will see a series of footpaths made using recycled plastic waste. GHMC has also initiated a novel programme to sensitiSe people about the growing issue of plastic waste through a Black-Bag campaign. Through this, the authorities in coordination with resident welfare associations (RWAs) and volunteers are collecting plastic waste in black-coloured bags and educating the colonies on why it is important to give up the usage of plastic and suggesting eco-friendly alternatives.”

In contribution to the #SwachhBharat Mission, Greater Hyderabad Municipal Corporation made footpaths out of recycled plastic across the city.#MyCleanIndia pic.twitter.com/sfGGZLp5RJ

From plastic waste to faecal sludge waste management, to tackle the large burden of untreated faecal waste, municipal authorities have established 18 faecal sludge and septage plants across the city. Moreover, taking a lead, authorities have also made these 18 STPs in such a way that it can facilitate co-treatment of septage. This modification has been done keeping in mind the goal of Open Defecation Free plus (ODF + and ODF ++) status, which means the city is well equipped to sustain its ODF tag and manage its faecal waste effectively.

“Along with the faecal sludge management, plastic waste management, instructions have been issued to different authorities for spot fines on offences like open dumping of garbage, open littering, open urination, dumping of construction and demolition waste, letting out soiled water onto the road, use of plastic bags less than 50 microns in thickness, and display of illegal flexis and banners. Penalties that GHMC is imposing for various offences range between ₹100 and ₹10,000. This action is being taken just to make sure areas of the city are kept clean throughout,” added Mr Bharat.

Along with all this, GHMC has distributed 44 lakh coloured bins (blue and green) and covered 22.02 lakh households in a bid to educate people about source segregation and how they can utilise their own waste effectively. Not just that, to increase the level of source collection of garbage, reduce the littering of garbage on roads, the civic body has replaced its waste collection riCkshaws with 2500 Swachh Auto Tippers in all its 150 wards with vehicle tracking system so that regular monitoring of the waste being picked from households can be checked effectively.

Mr Bharat signs off by saying,

Swachh Hyderabad is a dream of every citizen of the city, we are just making sure that it becomes a reality soon and that’s why all these efforts are being done.