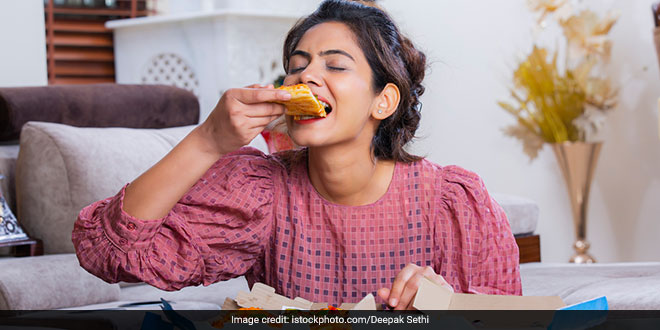 New Delhi: The consumption of fruits and vegetables is inadequate with 98.4 per cent adults reportedly consuming less than five servings per day while 41.3 per cent adult respondents did not meet WHO recommendations on physical activity of 600 Metabolic equivalents (METS) per week, revealed the findings of the National Non- Communicable Disease Monitoring Survey NNMS (2017-18) on Monday (January 25). In terms of inadequate consumption of fruits and vegetables, at least 98.4 per cent of adults reportedly consume less than five servings per day (Men 98.0 per cent and women 98.8 per cent).

Also Read: 53 Per Cent Of Children In India Are Not Growing Well Due To Lack Of Access To Food And Nutrition, Says A UN Report

As we know that Non-Communicable Disease (NCDs) is a big problem in our country with the total per cent of deaths due to NCDs reported in 2018, by the World Health Organization (WHO) was 63 per cent. It is high time when people of this country need to realize that non-communicable diseases or lifestyle diseases like cancer, diabetes, strokes, hypertension, etc disrupt the quality of life of our life. The survey suggested that people with 18-69 years of age are largely affected by it. We know that prevention is better than cure and a slight modification in our daily lifestyle towards healthier approach can prevent these diseases, (Prof) Dr Balram Bhargava, Director General of ICMR told ANI.

“High intake of green veggies and fruits, less intake of sugar and salt exercise and outdoor activities are some of healthier habits which one can inculcate in his/her daily routine towards fit India and Eat Right India movement,” said (Prof) Bhargava.

The survey was undertaken by the Indian Council of Medical Research’s National Centre for Disease Informatics and Research (NCDIR) in collaboration with the Union Health Ministry during 2017-18.

The purpose of the survey was to monitor, evaluate, and surveillance under the national NCD monitoring framework. This is the first of its kind of comprehensive survey on NCDs using standardized tools and methods. The estimated sample size for the survey was 12,000 adults (18-69 years) and 1,700 adolescents (15-17 year) males and females residing in urban and rural areas of the country, said Dr Lokesh Sharma, a scientist at the ICMR.

“The mean number of servings of fruit and/or vegetables per day was 1.7, which did not meet the WHO recommendations. The estimated mean salt intake per day was 8.0g (8.9g in men and 7.1g in women per day); and 45.4 per cent practiced some steps (any) to lower daily salt intake,” stated the findings.

Pointing about the sedentary lifestyle, the survey noted: “The mean minutes spent being sedentary in a day were 308.9 minutes (men 290.5 minutes and women 328.5 minutes). A total of 3.5 per cent of the surveyed adults practiced yoga, with a majority from the urban areas (6.3 per cent) than rural areas (2.1 per cent).”

A quarter of (25.2 per cent) adolescent respondents were insufficiently active and 64.2% reported being taught the benefits of physical activity at schools/colleges. The mean minutes of physical activity spent in school were 16.1 minutes per day, with 20.1 minutes spent by boys and 11.8 minutes by girls. The mean minutes spent being sedentary in a day were 340.7 minutes, the findings read.

The survey also revealed about the current tobacco use, i.e. 32.8 per cent, while current alcohol use 15.9 per cent, overweight (including obesity) 26.1 per cent, obesity 6.2 per cent, raised blood glucose 9.3 per cent and raised blood pressure 28.5 per cent. This indicates the prevalence of risk factors associated with NCDs amongst adults and adolescents, it said.

Also Read: India Is Home To The World’s Most Wasted Children, As Per The Global Hunger Index 2020