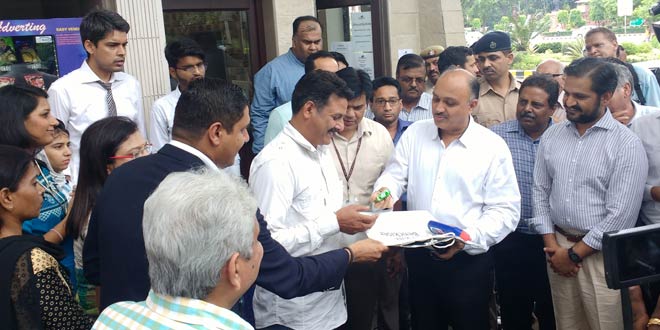 New Delhi: Finding a public toilet in National Capital Region just got easier. Now 5000 number of toilets mapped on Google Maps will help guide users to the nearest toilet as per their location. The Google Toilet Locator covers the entire National Capital Region or NCR, which includes Delhi, Gurugram, Faridabad, Ghaziabad, Noida and Madhya Pradesh. Apart from this toilet locator from Google, individual municipal corporations of Delhi too will have respective region apps that help users find toilers closest to them. New Delhi Municipal Council (NDMC), the only civic body that has been declared open defecation free (ODF) in Delhi, came out with its own Mobile App ‘NDMC311’, which is in sync with the Google maps today. At present the NDMC has uploaded 331 Public Toilets Unit (PTUs) on the NDMC311 Application as well as Google Maps and in next 3-4 months the number is expected to reach 372.

To make people aware about the benefits of google maps, the Ministry of Urban Development and team Banega Swachh India on July 12, kick-started a campaign at Smart Toilet Block, Rafi Marg, “By this campaign we have to undertake an exercise of locating the community and public toilets which include municipal toilets along with the toilets located in the Petrol Pumps, Malls, Railway Stations, Bus-Stands and at an other public places in Delhi and NCR,” said Praveen Prakash, Swachh Bharat Mission Director and Joint Secretary, Ministry of Urban Development.

This smart initiative undertaken by the Ministry of Urban Development towards Swachh Bharat Mission would help to create a database of crowd sourced content in the form of citizen feedback. And the rating of toilets, along with the qualitative feedback will be shared with the Urban Local Bodies (ULBs) which would be a strong partnership and collaboration between the Government and Public, Naresh Kumar, Chairperson, NDMC said.

To incentivise users to give feedback on the public toilets, depending on the review, the user can stand a chance to win surprise gifts. Going forward the NDMC also aims to build Smart Toilets with facilities like Bank ATM, Water ATM, Rooftop Solar Panel, Sanitary Vending Machine, what? Dispenser, Digital Health Clinic and Online user feedback Tablet. By September 2017, 109 such World Class Smart Toilets will be constructed. All these efforts are targetted at making Delhi Open defecation free by March 2018.