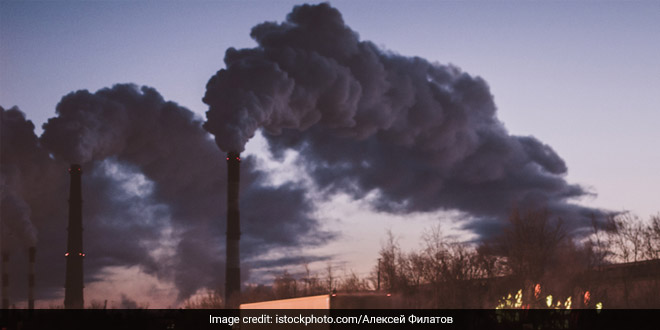 As per China’s plan, by 2030, the share of non-fossil energy consumption will be around 25 per cent

Beijing: China, the world’s largest greenhouse gas producer, on Tuesday (October 26) released an ambitious action plan to peak carbon dioxide emissions before 2030, according to which the share of non-fossil energy consumption will be about 25 per cent and carbon dioxide emissions per unit of GDP will drop by more than 65 per cent compared to 2005 levels. China’s Cabinet known as the State Council, has put forward the main objectives for the 14th Five-Year Plan period (2021-2025) and the 15th Five-Year Plan period (2026-2030), which included increasing the share of non-fossil energy consumption, improving energy efficiency and reducing carbon dioxide emissions.

The plan was announced ahead of the gathering of the world leaders and climate negotiators in Glasgow next month for the 26th UN Climate Change Conference of the Parties summit, (COP26) where nations will attempt to reach a consensus on carbon emission reductions to keep global warming within 1.5 degrees Celsius to prevent catastrophic effects from climate change.

By 2030, the share of non-fossil energy consumption will be around 25 per cent, and carbon dioxide emissions per unit of GDP will drop by more than 65 per cent compared with the level registered in 2005, according to the plan.

Last year, Chinese President Xi Jinping had announced that China will strive to peak carbon dioxide emissions before 2030 and achieve carbon neutrality before 2060. As the world’s largest developing country, China is still in the industrialisation and urbanisation stage and faces an uphill task of developing its economy and improving its people’s livelihoods, so energy consumption will continue to grow, an official with the National Development and Reform Commission said in response to media queries.

However, China’s carbon peak and neutrality goals are in line with the requirements of the Paris Agreement and demonstrate the country’s ambition, the official said, state-run Xinhua news agency reported. The country will complete the world’s most dramatic reduction in carbon emissions intensity through its carbon peaking actions, he added. The plan outlines key tasks to achieve a carbon peak before 2030, including promoting green and low-carbon transportation, advancing a circular economy and supporting technological innovation.

China will develop a unified and standardised carbon emissions statistical accounting system, improve laws, regulations and standards, optimise economic policies, and establish sound market mechanisms as part of its efforts to enhance policy support. As for international cooperation, China will be deeply involved in global climate governance, carry out green cooperation in its economy, trade, technology and finance, and advance the construction of the Belt and Road initiative, as per the plan.

On October 12, while addressing the leaders’ summit of the 15th meeting of Conference of the Parties to the Convention on Biological Diversity, Xi said,

To achieve its carbon peak and neutrality targets, China will release implementation plans for peaking carbon dioxide emissions in key areas and sectors as well as a series of supporting measures, and will put in place a ‘1+N’ policy framework for carbon peak and carbon neutrality.

Stating that China will vigorously develop renewable energy, Xi said the country has begun constructing 100-mln-kw wind, photovoltaic power projects in desert areas. The first phase of China’s large wind power and photovoltaic projects in desert areas with an installed capacity of approximately 100 million kilowatts have recently started construction, he asserted. This is part of China’s efforts to make faster progress in planning and developing large wind power and photovoltaic bases in sandy, rocky and desert areas, he added.

Here’s A List Of Countries Vaccinating Children Against COVID-19