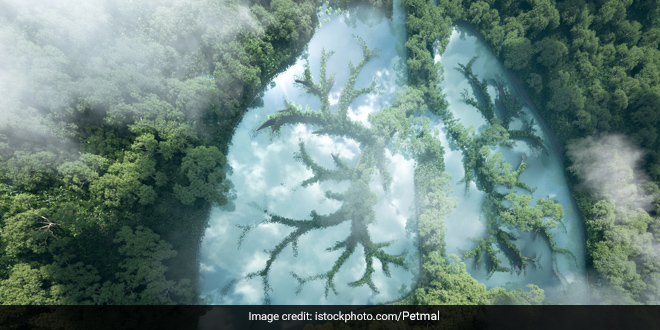 India is on course to meet the targets of Paris Agreement, said India's Permanent Representative to United Nations TS Tirumurti

Chennai: India’s Permanent Representative to United Nations TS Tirumurti has said that the implementation of the Sustainable Development Goals (SDGs) is a “whole of society” effort and it includes not just governments but also the private sector, universities and civil society. Addressing an event organised by MOP Vaishnav College for Women, Chennai as part of the UN Day Intercollegiate Fest 2021 on Monday (October 25), Mr Tirumurti recalled the initiation of the building block of the SDG at the Rio+20 Conference in 2012.

The MDGs – Millennium Development Goals – were not negotiated by the UN Member States but merely handed down by UN Secretary-General for countries to implement. In Rio+20 in 2012, developed countries were interested in doing the same thing for SDGs as well, which is to have a non-negotiated process. At Rio+20 Conference, primarily due to efforts of countries like India, Brazil and others, who insisted on these negotiations being done in the UN by all Member States, this Member States driven process was finally agreed to. Now SDGs truly belong to all Member States of the UN and we have a joint stake in implementing them, said Mr Tirumurti.

Elaborating on the way to finalise SDGs, Mr Tirumurti said that the preservation of the balance between three pillars – environment, social and economic pillars was kept as the principle. He said,

When we discuss SDGs in the context of a pathway to achieve them, we need to be conscious of maintaining this balance and not to tilt excessively to the environment or to the economic side. Therefore, when the world is reeling under the pandemic, we need to recover better by focusing on all the three pillars and not just on one in exclusion to the others. Otherwise, it would be self-defeating.

This sudden shortfall is not being made up by any other source, whether public or private. The challenge is, therefore, how not to lose the momentum towards Agenda 2030, said Mr Tirumurti.

Mr Tirumurti talked about India’s SDG initiatives and said that the Programmes are aimed at universal access to housing, sanitation, quality education, health protection and clean energy, which will improve the quality of life especially of the most vulnerable.

We have expanded access to clean cooking fuel to over 85 million households in need; built over 110 million toilets in rural areas to improve sanitation; and added over 420 million bank accounts for the unbanked, the majority of them women. Our food security programmes are successfully addressing issues of malnourishment among children and women. To cope with the impact of the COVID-19 pandemic, we have announced food security, cash transfers, and other such measures directly aimed at alleviating the misery of the people, he said.

Mr Tirumurti pointed out the UN’s appraisal report and said that it had pointed out the Aspirational Districts Programme of India and called it a very successful model of “local area development’ to ensure that localisation of SDGs becomes a reality. Talking about the climate change and Paris Agreement target of 2030, Mr Tirumurti said that India is the only country among the G20, which is on course to meet the targets.

The Ambassador, in his address, also talked about the key climate action initiatives including the popularisation of LED lights that saves 38 million tons of Carbon Dioxide emissions per year; efforts to eliminate single-use plastics; restoration of 26 million hectares of degraded land by 2030 that will function as carbon sinks. Adding that India is currently in the Security Council for a two-year tenure, he said that India has played a constructive bridging role so far.

We just had our Presidency in August where we had high-level events on maritime security, UN peacekeeping and counter-terrorism. We will continue to play a role in supporting developing countries and be their voice in UNSC, he added.