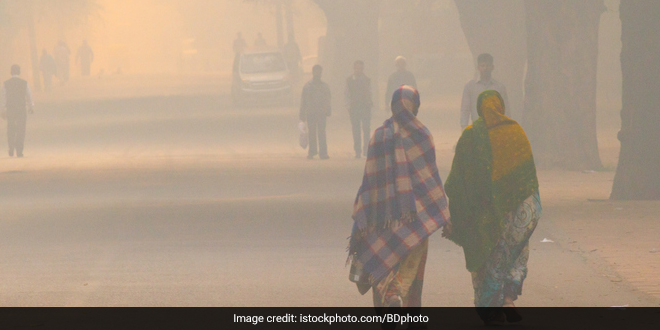 As per the forecast provided by Air Quality Early Warning System, Delhi's AQI is projected to cross 301 on October 22.

New Delhi: An emergency meeting of the Sub-Committee for operationalization of the Graded Response Action Plan (GRAP) of the Commission for Air Quality Management in NCR and Adjoining Areas (CAQM) was held on Wednesday, the Ministry of Environment, Forest and Climate Change informed on Wednesday.

The meeting was held in view of Delhi’s AQI forecast for October 22, reaching the projected levels of Stage II of GRAP, based on the dynamic model and weather, the meteorological forecast provided by IMD/IITM, the Ministry said.

As per the forecast provided by Air Quality Early Warning System, Delhi’s AQI is projected to cross 301 on October 22.The Sub-committee comprehensively reviewed the air quality scenario in the region and noted that the air quality parameters are likely to dip on October 22 in the region making it move into the “Very Poor” category.In an effort to ameliorate the AQI of Delhi-NCR, the sub-committee has taken the call to invoke all actions as envisaged under Stage II of the GRAP – ‘Very Poor’ Air Quality (DELHI AQI ranging between 301-400), three days in advance to the projected levels i.e. today with immediate effect in the entire NCR by all the agencies concerned, the Ministry said.

This is in addition to the restrictive actions mentioned in Stage I of GRAP. Various agencies responsible for implementing measures under GRAP and Pollution Control Boards (PCBs) of NCR and DPCC have been advised to ensure strict implementation of actions of Stage II under GRAP during this period, the release further said. Further, the Sub-Committee also appealed to the citizens of NCR to cooperate in implementing GRAP and follow the steps mentioned in the Citizen Charter of Stage II of GRAP. Citizens are advised to Use public transport and minimize the use of personal vehicles.

Regularly replace air filters at recommended intervals in your automobiles. Avoid dust-generating construction activities. Apart from that, a 12-point action plan as per Stage 2 of GRAP is applicable with immediate effect from today in the entire NCR. A 12-point action plan includes steps to be implemented and ensured by different agencies and Pollution Control Boards of NCR and DPCC.As per the release, the steps are mechanical/vacuum-based sweeping of roads are to be carried out on a daily basis.

In respect of the industrial sector, due to operational and technical exigencies and to cater to situations of irregular power supply, regulated use of DG Sets shall be permitted in accordance with Directions dated February 8, issued by the Commission. There shall, however, be no restrictions on the operation of CNG / PNG / LPG-fired Generator Sets for any sector.

Resident Welfare Associations to provide electric heaters during winter to security staff to avoid open Bio-Mass and MSW burning.The citizens using DG Sets and DISCOMS are once again advised to comply with the directions of the Commission and adhere to the steps mentioned in Stage II in addition to the restrictive actions mentioned in Stage I of GRAP, the release stated.