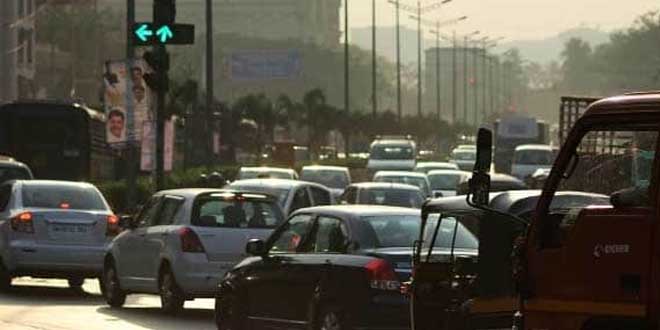 New Delhi: Fighting air pollution in a mission mode is the need of the hour as almost every city of India is choking. To combat pollution, the Union Territory (UT) of Chandigarh has committed to an elaborate action plan. The Air Quality Monitoring Committee (AQMC) formed by the Chandigarh Pollution Control Committee (CPCC) has submitted the action plan to the Central Pollution Control Board (CPCB). The plan which has been prepared jointly by the key stakeholders including the urban local government bodies, the transport authority, industries, Public Works Department (PWD), police department, urban planning, and the Department of Environment, aims at tackling the problem of deteriorating air quality of the UT. The implementation of the plan will be monitored regularly by the AQMC.

The action plan has been made in compliance to the order of the National Green Tribunal (NGT) dated October 8, 2018, in which it directed 102 cities in India to submit their plans on combating air pollution in a time-bound manner. T.C. Nautiyal, Member Secretary, CPCC told NDTV,

As per the directions of NGT, Chandigarh will be improving its air quality with the help of the ‘Action Plan For Control Of Air Pollution In Chandigarh’. The plan has both short term and long term mitigation actions for prevention, control and abatement of air pollution. The officials of all the concerned departments are part of the AQMC and have joined hands in preparing the action plan. We are hopeful that through this action plan and with the cooperation of people we will be able to implement this plan within the decided timeframe. The plan also entails measures recommended in the recently launched National Clean Air Program which aims to reduce 20%–30% of PM2.5 and PM10 concentration by 2024.

He further said that Chandigarh currently has six pollution monitoring station and will be installing a Continuous Ambient Air Quality Monitoring Stations (CAAQMS) soon which will be able to monitor a variety of pollutants in the air apart from Particulate Matters – PM 2.5 and PM 10. CAAQMS will be able to give a detailed account of pollutants in the air and their sources which will help in undertaking the required actions and modify them as per the need.

According to CPCC, vehicular pollution is the topmost source of pollution. A scientist of CPCC said,

The ambient air quality in Chandigarh has been mainly affected by emissions produced by motor vehicles. The city has the highest per capita number of cars in the country. For the last five-six years, Chandigarh has been taking measures to tackle the problem of vehicular emissions, the action plan will further intensify the implementation of those measures.

To tackle vehicular pollution, among the short term plans, the action plan talks of checking fuel adulteration and random monitoring of fuel quality data. Among long term plans, Chandigarh government is working on the widening of roads and improvement of infrastructure for decongestion of roads. Around 136km of cycle tracks and footpaths have been constructed out of total 180km to segregate the non-motorised vehicles from the main traffic flow.

Apart from emissions from vehicles, other factors like pollution from industries, road dust, waste burning, biomass burning, and construction activities are also responsible for causing air pollution in the city. Even after being surrounded by Punjab and Haryana, the states in which stubble burning is practised on a large scale, Chandigarh’s air quality is not affected by it, says CPCC. Being located at the foothills of the Sivalik Hills, the wind directions and the topography of Chandigarh keeps it from being affected by stubble burning in Punjab and Haryana. “It is the pollution caused by internal factors that deteriorate the air quality of Chandigarh”, said Mr. Nautiyal.

The months of November, December and January have the worst air quality, as per CPCC since the falling temperature makes the air denser and increase its pollutants holding capacity. The Action Plan aims to reduce pollution during these months by implementing emergency measures like halting construction activities, closing pollution causing industries, and checking garbage burning among others. The Action Plan also talks about conducting awareness-building campaigns for the citizens of Chandigarh especially focussing on the vehicle owners, industries, and students.