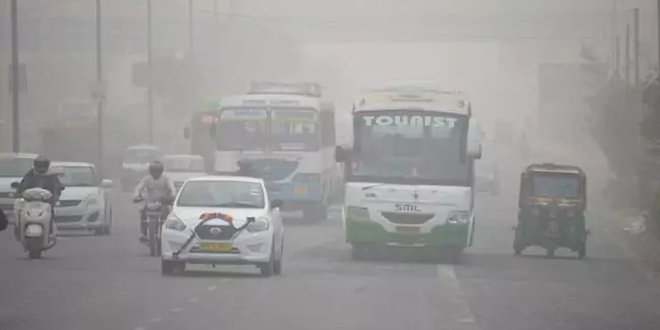 New Delhi: Noting that air quality in the national capital had improved due to meteorological factors and not by addressing the “source of pollution“, a green body stressed the need for taking comprehensive action to contain such sources for sustained clean air days.

Authorities had said that Delhi’s air quality turned “good” yesterday for the first time this year due to continuous rains that washed away the pollutants in the air.

Greenpeace India said instead of being euphoric about few improved air quality days, the Environment Ministry along with Central Pollution Control Board (CPCB) should prioritise to immediate enforce the National Clean Air Programme (NCAP) by setting up time-bound emission targets.

The ministry has prepared a draft NCAP with an objective to come up with a comprehensive plan for prevention, control and abatement of air pollution, and to augment the air quality monitoring network across the country. Various green groups have submitted their recommendations to the ministry on the draft.

The ‘so called’ improvement in Delhi’s air quality is governed by the meteorological factors, not by addressing the source of pollution. This much talk about improvement is a natural phenomena as rain washes out the dust particles leading to improved air quality, said Sunil Dahiya, senior campaigner Greenpeace India.

The PM10 level (presence of particles with diameter less than 10 mm) was recorded as “good” at 39 in Delhi-NCR and 32 in Delhi.

The PM2.5 level (presence of particles with diameter less than 2.5 mm) was 39 in Delhi-NCR and 21 in Delhi, according to the Central Pollution Control Board data. “The government must realise that air pollution has become a health emergency not just for India but globally as well,” Dahiya said.

“China has released its second clean air action plan, though it still has long way to go to solve its air pollution problem, the progress of the past few years shows what works: region-wide, time-bound targets that hold decision-makers accountable, strong emission standards and strong enforcement, as well as a shift away from polluting energy sources,” he said. He added that the draft version of NCAP had missed out on timelines, emission and sectoral targets, which has defeated the purpose to have an action plan.

Gujarat’s New Waste Management Policy: From Zero Waste By 2023 To ODF Plus Status