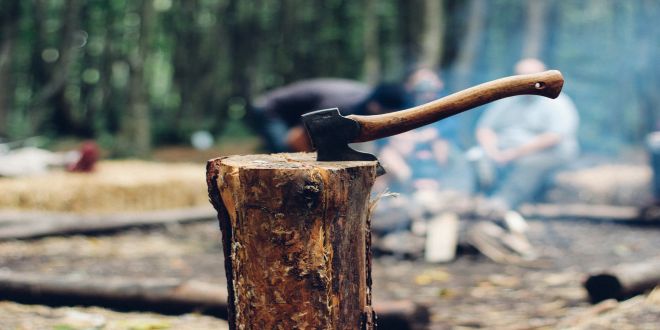 New Delhi: The High Court today put on hold the proposed cutting of trees in Capital Delhi till July 4. The judge asked the government-run National Buildings Construction Corporation (NBCC), which is overseeing the project, “We could understand if it was a road-widening work which is inevitable. You want to cut thousands of trees for housing. Can Delhi afford this?” Government’s plan to chop nearly 17,000 grown trees in the national capital of Delhi, which has consistently faced severe air pollution issues with air quality 12 times than levels prescribed by World Health Organisation (WHO), has received its fair share of brickbats. The plan to chop trees for the purpose of redevelopment of central government accommodations in South Delhi is to take place in various areas including Nauroji Nagar, Netaji Nagar and Sarojini Nagar. 11,000 trees are to be axed just in Sarojni Nagar. Though the plan has been put off till July 4, but the project has not been canceled. The high court on June 25 asked the government if tree cutting has been approved by green tribunal.

Until last week, Delhi’s air quality was oscillating between ‘very poor’ and ‘severe’ levels. In the recent past, from June 13-17, the PM10 level was beyond severe that is over 500. The situation was so severe that Lt. Governor Anil Baijal asked to stop all construction activities. Amidst the constant concern regarding air pollution in Delhi, cutting of trees, which are a source of natural air and oxygen, is a matter of concern, echo numerous environmentalists while talking to NDTV.

It is ridiculous to think that you can cut thousands of trees despite severe levels of pollution. Currently, we should do everything to nullify the effect of air pollution in Delhi, but instead of that we are planning to cut around 17,000 trees, which is shocking.

Explaining what needs to be done in place of cutting trees, Ruchika Wadhwa Bhalla, environmental entrepreneur and Chief Green Evangelist at We Decor8, a Gurgaon-based firm specialising in green décor and urban farming, said,

Delhi’s green cover is continuously shrinking and the city is fast turning into an unlivable concrete jungle. Many people are shifting residence to Gurugram and Noida for this reason. Scientific research has shown the immense benefits of urban trees towards public health and climate. They act as air purifiers and oxygen generators, and keep the neighborhood cool. The decision to cut thousands of trees in Delhi is very unfortunate and taken in haste. These are mature trees planted decades ago, which will be difficult to replace. In fact, huge road-side trees in Lutyen’s Delhi planted during British times deserve to be given the heritage status. There is a growing citizens’ movement in Western cities to preserve street trees. Delhi needs a similar campaign by its residents to save roadside trees from the municipality’s axe. Rather than cutting trees, the Government should give incentives for urban farming and vertical gardens in offices and homes to add to Delhi’s green infrastructure.

Taking in consideration the recent dust storms in Northern India and PM10 levels reaching 900 mark, Polsh Mukherjee, Senior Research Associate, Centre for Science and Environment, explains how trees, natural barriers, can help ease the effect of dust storm. They cannot stop the dust storm but can disperse it.

The effect of deforestation on pollution including dust pollution will be huge. If we talk about current dust pollution in the city, then the reasons were natural winds blowing in Rajasthan, local dust, dust from construction and demolition and stubble burning in Punjab and other regions. Despite various orders, the stubble burning is being practised. In this case, road side trees, shrubs and bushes act as natural barriers. They don’t stop the dust storm, but they help in dispersing the wind. Aravalli range used to be a natural barrier, but now it has been eroded away. The affect is visible. If thousands of trees will be cut, then you can imagine the effect, said Mr. Polsh while speaking to NDTV.

The NBCC Chairman, Dr. Anoop Kumar Mittal, said that for every tree they will cut, 10 saplings will be planted. According to the guidelines, saplings are to be planted before chopping off fully grown trees, but currently, trees have already been chopped in areas like Netaji Nagar, told Verhaen Khanna, founder of New Delhi Nature Society (NDNS).

Also Read: India Can Reduce Air Pollution By 40% With These 13 Measures Suggested By A New Study

A 100 year old plant cannot be replaced with 10 saplings, they are nowhere close to fully grown tree. A sapling will take several years, infact decades to reach that level. Also, not sure if a sapling will reach that stage. It might be chopped for some other purpose.

Speaking to NDTV about how cutting trees is directly linked to wildlife and green cover in various parts of Delhi, Verhaen Khanna said,

Wildlife is there on trees. They have both their nest and food on trees. Cutting trees means cutting food supply of so many animals. Also, the green cover in urban areas is already declining, with this project, it will be worse. Apart from this, NBCC has planted trees like palm trees in Kidwai nagar, Moti Bagh. These trees are not being maintained and are dying a slow death. Also, this is not what you call a green cover. Green cover needs to have variety of plants.

Tree transplantation is one of the possibilities but that too has its issues.

Tree transplantation under which trees are uprooted directly from the roots, transported to some other place and planted, is an option, but it is expensive, said Mr Polash.

It is the classic development versus environment situation. But should it happen at the cost of the other or rather can we afford it? Given that everyday four to five new patients display symptoms of respiratory ailments. A world health organisation (WHO) study points out that 6.2 lakh people in India died due to air pollution related diseases in 2010. More than half the deaths were triggered by heart attacks. According to a report by Greenpeace India, some 47 million children under the age of five live in areas facing severe air pollution with dangerous effluent density. Share your views in the comment section below.

E-Waste On The Rise: India Is Now One Of The Top Five E-Waste Producers In The World: Report

Maharashtra Let’s Lead The Way To #BeatPlasticPollution, Says Actor Dia Mirza With An Appeal To Make Plastic Ban In The State Successful