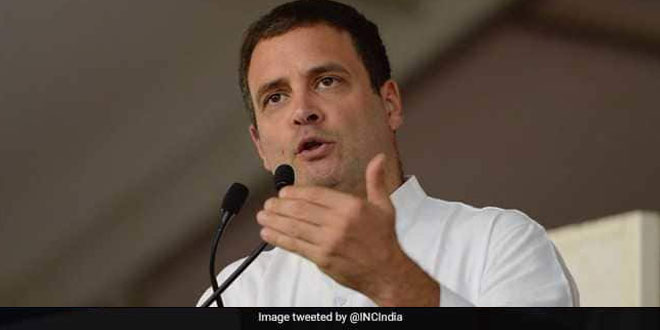 New Delhi: Congress President Rahul Gandhi on Wednesday (April 3) said that the party will work towards strengthening the national programme to combat the increasing air pollution levels as this has become a major factor contributing to rising cases of public health emergencies. Mr. Gandhi in a Facebook post said that the party will reinforce the ‘National Clean Air Programme’ to combat the menace of air pollution in the country. He further said that a number of reports have stated that air pollution has been increasing exponentially in many cities in the country, with Delhi being cited as the world’s most polluted capital city.

Also Read: Right To Life Implies Right To A Clean Environment, Says The Former Chairperson Of The National Green Tribunal

Another study released on Wednesday (April 4), titled “State of Global Air 2019“, reported that the life of an average South Asian child growing up in current high levels of air pollution will be shortened by two years and six months, while the global life expectancy loss is about 20 months.

The study is produced annually by the US-based Health Effect Institute (HEI) and the Institute of Health Metrics and Evaluation (IHME).

West Bengal Treats Only 49 Per Cent Of Wastewater Before Dumping It In Ganga, Says National Green Tribunal