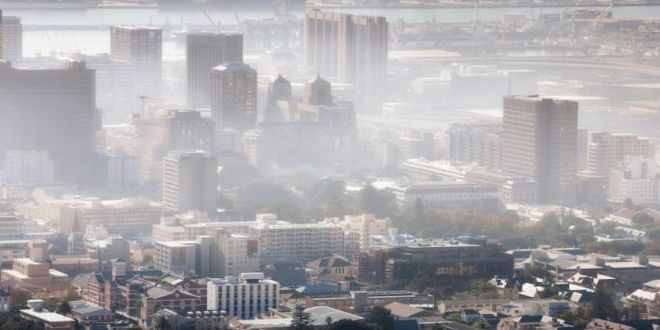 New Delhi: The Congress manifesto for the Lok Sabha polls recognises air pollution as a public health emergency, but whether other political parties, like the BJP (Bhartiya Janta Party) or the AAP (Aam Aadmi Party), will take note of this is yet to be seen, according to green activists. The manifesto, released by Congress President Rahul Gandhi, also promises to strengthen the National Clean Air Programme (NCAP) to tackle the problem of pollution. Also, all major sources of emission were to be targeted, mitigated, and reduced to acceptable levels while setting sectoral emission standards, it said.

Calling it a positive move by the Congress, the experts hope other political parties will follow and make air pollution, energy and environment part of their manifestos. Balasubramanian Viswanathan, Energy Analyst Consultant at International Institute of Sustainable Development said,

In Section 3, point 5 of the Congress manifesto, a promise has been made to formulate a policy on clean energy in power plants that use fossil fuels. While this does show positive intent, it does not adequately respond to the complexity of the issue.

“A possible point of contention would be that of stressed coal assets. On the day of the Congress manifesto launch, the Supreme Court has ruled in favour of these coal plants. This leads to further uncertainty about the financial viability of coal power as well as a greater threat to the coal communities.

It’s indeed heartening to see the commitment for a clean and green India in the Congress manifesto, where it has also said the air pollution will be treated as a national health emergency. A clean and green India cannot be possible unless India’s ‘maharatna companies’ (companies that can decide on investments of up to 15 per cent of their net worth in a project without government approval) move from investing in dirty energy to clean energy. As long as companies like LIC (Life Insurance Corporation) continue to pour billions into coal while selling health insurance to its citizens, clean and green India will remain just a vision.

Also Read: A 40-Year-old Cyclist Pedals From Chandigarh To Mumbai To Spread Awareness On Environmental Issues

However, the green activists picked holes in the manifesto too. While the manifesto mentions that Congress will put India at the forefront of the battle against global warming, the statement is rhetorical without details. Pujarini Sen, campaigner, Greenpeace India, told IANS,

The mention in the manifesto of air pollution as a public health crisis and need to significantly strengthen NCAP is a good step, the key will be to see how this will translate in terms of implementation, which has been one of the biggest concerns till now. It will also be critical to see how will the future governments and political parties target and reduce emission load from the transport, industrial and power sectors to achieve breathable air quality because the only way to move to a clear sky is by reducing emissions.

India is in a good position with regard to global climate negotiations and its commitment to the Paris Agreement. While the Congress manifesto on first sight gives hope, a lot rests on how the vision statements on ‘leading India to the forefront’ will be structured into plans for enhanced climate ambition.

The energy sector is a major contributor to the development of the economy. To be able to support a strong economic development, there will be a crucial need for energy. But not much thought seems to have been given to the energy policy. The good points are the mention of the grid to meet rural energy needs and phasing out of LPG to meet the needs with solar and electricity.

Experts believe the manifesto fails to explore the potential of job creation in the renewable energy sector. The details on electric vehicles and public transport were good, but everything rests on implementation, they said.

Right To Life Implies Right To A Clean Environment, Says The Former Chairperson Of The National Green Tribunal