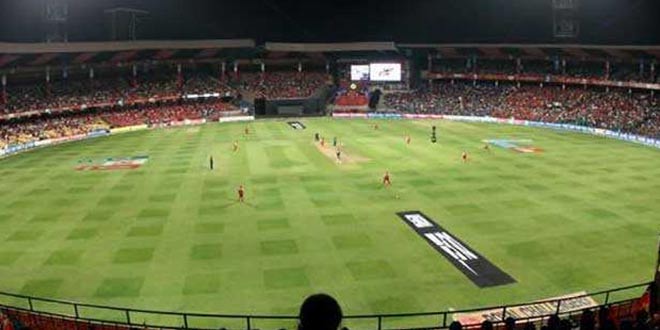 New Delhi: Festivals, celebrations, and matches in India are incomplete without pomp and show and with great splendour comes tonnes of waste making its way to already dying landfills. IPL (Indian Premier League), a Twenty20 cricket league in India contested by eight teams representing eight different cities in India is no different. Cricket fans that come to stadium to witness the nail biting match often leave waste like plastic water bottles, chips packet, cans of varied beverages and other items behind them.

According to Down to Earth, a magazine by Centre for Science and Environment (CSE) that reports on science and environment, after every match, 3-4 tonnes of mixed waste is generated, which can’t be recycled and ultimately find its way to the landfill.

Acknowledging this fact and supporting Swachh Bharat Abhiyan, Suresh Raina, Indian cricketer, made a personal request to IPL viewers to keep stadiums clean. The 32-year-old cricketer shared a video on social media saying, “Did you know an average cricket match in India produces 3-4.5 tonnes of waste. So, how are you going to help keep our stadiums clean? I’d say, go for the bins.”

The @IPL fever is kicking in! Aren’t you excited? But, hang on! Did you know an average #cricket match in #India produces 3-4.5 tons of waste. So, how are you going to help keep our stadiums clean? I'd say, go for the bins & #DontBeMeanKeepItClean. @SwachhBharatGov #SwachhIndia pic.twitter.com/UHKIeWXTvr

Promoting the message of Clean India further, the cricketer added,

Next time you go to the stadium to watch a cricket match, don’t be mean, keep it clean.

The cricketer appealed to the citizens to take a minute to pick up trash generated by them during the match before leaving the stadium. He added, “Share a picture of you joining this initiative with #DontBeMeanKeepItClean & stand a chance of winning signed merchandise.”

Thanks for an overwhelming response! This #IPL2019, join me in keeping our stadiums #clean. When you leave the stadium, take a minute to pick your trash. Share a picture of you joining this initiative with #DontBeMeanKeepItClean & stand a chance of winning a signed merchandise. pic.twitter.com/NpfRUFVy5Q

The IPL season 12 kick started on March 23 and the last match is scheduled to happen on May 5.

Renewable Energy: Solar Power To Light Up 13 Schools And A University In Rural Punjab