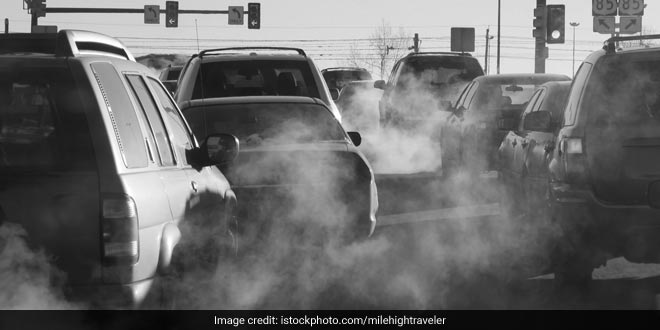 New Delhi: The Environment Ministry on Tuesday found supporters in international organisation Bloomberg Philanthropies and Delhi-based think-tank The Energy and Resources Institute (TERI) on resolving air quality issues under the National Clean Air Programme (NCAP). An initiative launched at the World Sustainable Development Summit (WSDS), organised by TERI, would help mitigate air pollution, both at the national level and in a group of Indian cities, a press note issued by the TERI said. The government has collaborated with the TERI, Bloomberg Philanthropies and Shakti Sustainable Energy Foundation, aiming to bring together research and civil society organisations to offer technical assistance on air quality issues in support of the NCAP.

“The joint project will help address and mitigate air pollution, both at the national level and in a group of Indian cities, by working to develop better understanding and awareness of the sources of air pollution through emissions inventories and source apportionment studies,” the statement said. It added that the initiative would formulate policy recommendations and action plans to address air pollution on the basis of data, evidence and consultations. It would also increase capacities of key stakeholders to address the challenge through exchange of experiences and good practices. Speaking at the event, CK Mishra, Secretary at the Ministry of Environment, Forest and Climate Change, said,

We are delighted to be working with the Bloomberg Philanthropies, TERI and other partners on the National Clean Air Programme. Air pollution is a difficult and multi-dimensional challenge and we need to work together across the government, multiple stakeholders and citizens to address this.

Air pollution is one of the biggest global problems of our times. India has the unique opportunity to leapfrog and follow a sustainable development pathway, demonstrating solutions to the air pollution challenge that can have relevance all over the world.

The initiative will work in tandem with the NCAP, launched last month with the goal of reducing particulate matters by 20-30 per cent by 2024 from 2017. Lauding the initiative, TERI Director General Ajay Mathur said,

“Region-specific actions are needed and this initiative brings together the interested groups to accelerate these actions.” Bloomberg Philanthropies work in 480 cities in more than 120 countries around the world in areas including arts, education, environment and public health, the press note said.