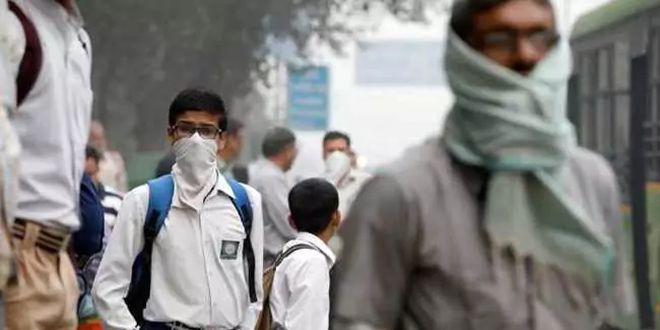 New Delhi: Niti Aayog has proposed 15-point action plan for combating air pollution in ten most polluted cities in the country, including Delhi, Kanpur and Varanasi.

According to a recent WHO database (2018), Kanpur, Faridabad, Gaya, Varanasi, Agra, Gurgaon, Muzaffarpur, Lucknow and Patna are the top ten most polluted cities in India.

Last month, air quality of Delhi had deteriorated beyond severe level because of a ground-level dust storm in western India, as per the Central Pollution Control Board data.

Increase distribution of electric and hybrid vehicles: This should be carried out through necessary financial measures and infrastructural support. The procurement of electric vehicles (EVs) should be mandatory for vehicles for Central Government use and certain public facilities.

“All central government offices should replace existing fleets older than 15 years to electric vehicles in the next 3 years i.e. by 2021 April,” the draft paper said.

It also pitched for encouraging electric two and three-wheelers, saying a scheme to convert existing ICE (internal combustion engine) autos into electric ones either by retrofitting or by discounting the residual value of the existing auto from a new electric auto should be launched.

The report also said there is need to enact strong measures to curb vehicular emissions.”Prohibit transition traffic in these cities and phase out private diesel vehicles by 2022,” it suggested.

The paper also favoured for implementing a large scale feebate programme from 2020 onwards.

A feebate is a policy by which inefficient or polluting vehicles incur a surcharge (fee), while efficient ones receive a rebate (bate).

It also called for concerted action from all levels of governance, cutting across ministries and departments.