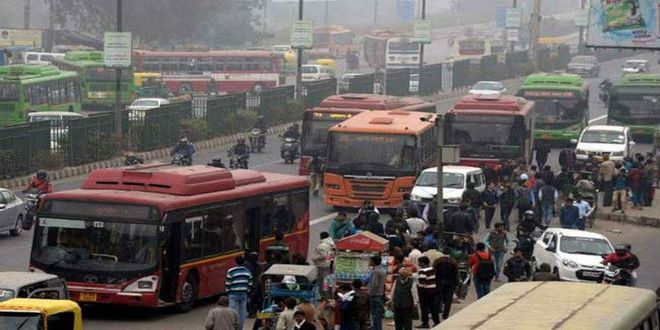 New Delhi: The Delhi government’s proposal to purchase 1,000 electric buses in Delhi to fight air pollution and at the same time increase the fleet of buses in the city, received green signal from the cabinet on July 11. The government has got the permission to hire a consultant to run 1,000 electric buses, for which the estimated cost is Rs. 2,500 crore. With this, Delhi will have the largest fleet of the electric buses, after China. Confirming the news, Chief Minister of Delhi, Arvind Kejriwal, took to social media and said, “Cabinet approves hiring of consultant to run 1000 electric buses in Delhi. A big step in modernising Delhi’s transport sector and reducing pollution.”

Earlier in March, Delhi government presented its Rs. 53,000 crore budget for fiscal year 2018-2019 and termed it a ‘green budget’. The emphasis of the budget was on environment, health, education, and water. When the budget was presented, it talked about procuring 1,000 electric buses and providing subsidies for switching to non-polluting fuel.

Earlier this month, Delhi government notified the Supreme Court about its plan to purchase 1,000 electric buses and the cost of each vehicle that is Rs. 2.5 crore. In reply to that, the Supreme Court asked about the time required to set up charging stations for these vehicles. Along with this, the court also asked the Delhi government to consider using Hydrogen fuel cell-powered buses, which are of hybrid nature and cost-effective as opposed to regular CNG buses and electric vehicles.

Current Status Of Buses In Delhi

Two decades ago, in the year 1998, Supreme Court had ordered a fleet of 10,000 buses for Delhi, but two decades later, the city’s bus fleet is nowhere close to that number. Currently Delhi has three types of buses – red colour AC bus, green colour non-AC bus, and orange colour cluster bus. Collectively, as of today, Delhi has 5,815 buses.

Plastic Ban In Ahmedabad: Rs 90 Lakhs Collected In Fines, 10,000 Kilos Of Plastic Seized Within A Month