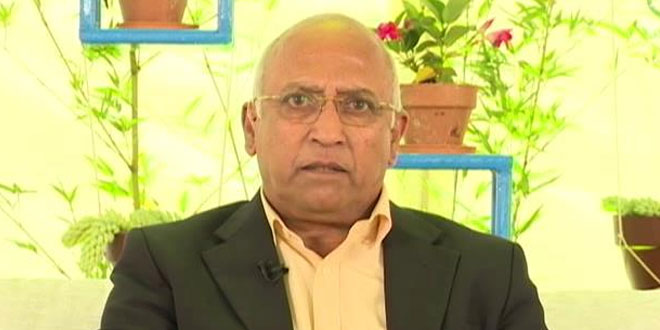 Nairobi: It’s not right to blame the Indian government alone for the skyrocketing pollution in national capital New Delhi and neighbouring areas but even so, there is too much politics on the issue, the country’s only cosmonaut has said.

“I think as a people, as a community, we aspire for a better lifestyle…I would really not blame the government. The government is trying to do its best. But to expect the government to clean up after you, I think that is not correct. So there is a lot of responsibility on ourselves (too),” Wing Commander Rakesh Sharma (retd), who is here with former US astronaut Mae Jemison and NASA’s chief climate scientist Paul Newman for a talk on the sidelines of the UN Environment Assembly on how a few humans who have left the surface of the earth have witnessed environmental changes from above, told IANS.

The problem with our country is we have too much politics, less democracy. It’s one thing to aspire a better life, it’s another to reach there responsibly and I do believe that we have not found that balance yet, Mr Sharma contended.

“I don’t think we should keep blaming the government,” he said on the blanket of toxic smog over the Indian capital for weeks largely die to mass crop residue burning in the neighbouring states.

Mr Sharma was selected for a joint space programme between the Indian Space Research Organisation and the Soviet Intercosmos and flew aboard the Soyuz T-11 rocket on April 3, 1984 to dock with the Salyut 7 space station.

At that time, he was a 35-year-old fighter pilot in the Indian Air Force.

Also the recipient of the Ashoka Chakra, India’s highest peacetime military decoration, Mr Sharma famously replied to then Indian Prime Minister Indira Gandhi when she asked him how India looked from the space: “Saare jahan se achcha” (“The best in the world”).

On pollution by world’s fastest growing economies India and China, he replied:

India and China are both at the threshold of reaching that point where their people are not being enabled to live that kind of lifestyles which are pragmatic with possibilities.

There is bound to be an increase in the pollution levels from manufacturing to meet the demands of the new consumer group…So when you add the population of these two countries, we are looking at a disaster waiting to happen.

“So we really need to see that act upon, legislate and, if need be, take stringent action,” Mr Sharma said.

Favouring a commitment of not littering, he added: “It’s not that we don’t know the ramifications of our actions. We do.”

The global political leadership and partnerships at all levels need to act in unison, a United Nations Environment report said on December 4, the first day of three-day third UN Environment Assembly.

Over a dozen resolutions, including new approaches to tackle air pollution, the single biggest environmental killer that claims 6.5 million lives each year, are on the agenda of the assembly that is seeing a gathering of over 2,000 heads of state, ministers, business leaders, UN officials and civil society representatives to find new ways to deal with pollution.

“The Executive Director’s Report: Towards a Pollution-Free Planet”, which the meeting is using as the basis for defining the problems and laying out new action areas, recommended political leadership and partnerships at all levels and action on the worst pollutants.