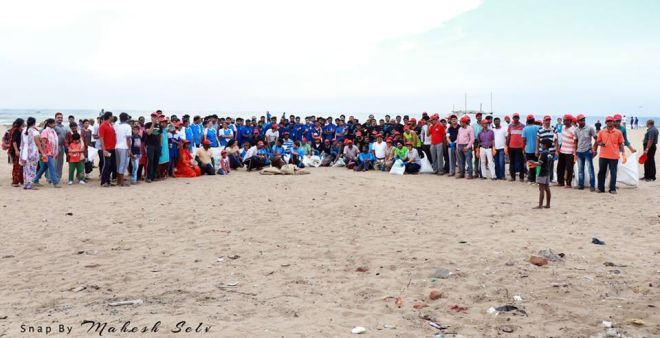 New Delhi: Picture this – From a pack of disposable plastic glasses to plates, bottles, condoms, beach goggles, used chewing gum boxes, plastic footwear and toys all piled up on one table. It will obviously look strange to you, isn’t it? But that’s exactly what we will find from across the coastlines – Plastic debris. According to a 2014 study published in a Public Library of Science journal, there are around 5 trillion pieces of plastic floating in the world’s oceans. If this grim scenario continues to rise then oceans will have more plastic than fish by 2050, states World Economic Forum. The situation looks scary and disturbing, right?

But, then there are those trying to do their bit to save ocean like the ‘Beach Warriors’ from Chennai. They started an initiative ‘The Chennai Coastal Cleanup (CCC)’ 8 years ago along with some 50 people. Today, they have successfully completed the 8th edition of the Annual Chennai Cleanup with more than 6,000 volunteers. The beach warriors have not only effectively collected 40 tonnes of garbage from 20 km Chennai coastline starting from Marina Beach and ending at Elliot’s beach but also have managed to recycle around 60% of waste.

Watch: Chennai People To Celebrate Birthdays By Cleaning Up Their City

Who Are The Beach Warriors? 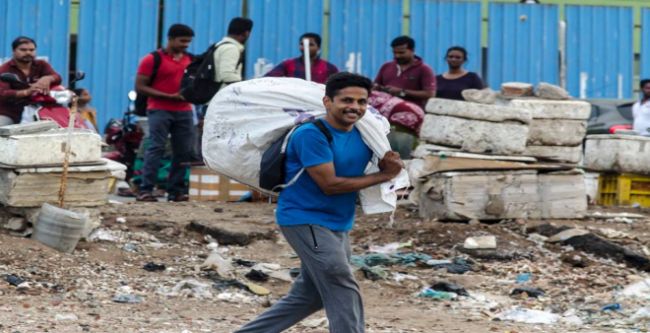 The beach warriors at work

This initiative is headed by the Chennai Trekking Club (CTC) and involves volunteers from all walks of life. From doctors to engineers, students, corporates, socialites, each and every one is involved. While they do their jobs through the week they dedicate their weekends solely for the cleanup activities.

When nature is untouched, it is at its most beautiful stage. I formed a trekking group back in 2008, when we started going on treks to see the surreal nature, one thing we all found that it is in pretty bad shape – plastic, broken glasses and discarded trash, all cover the beautiful landscapes. That’s when I decided I will make it my mission to cleanup these beautiful places, says Founder of Chennai Trekking Club Peter Van Geit, who by profession is a Product Manager at Cisco and is living in Chennai from past 20 years. 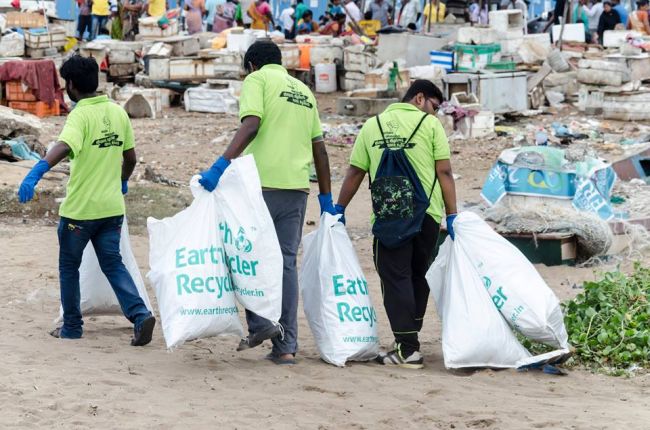 In 2009, the group flagged off its 1st edition of cleanup in Chennai in which they cleaned up a waterfall near Chennai. And since then there was no looking back. The group further decided to organise annual beach cleanups in Chennai every year in June after World Environment Day with a mission to clean all beaches of the city. Apart from annual cleanups, weekly cleanups in different parts of the city are also being held by the group. 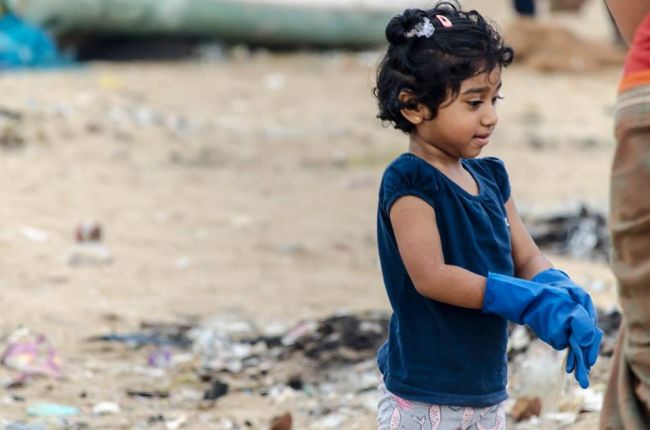 From children to adults, each and every one is involved in the initiative

Explaining why the group chose the water bodies for the cleanup, Peter Van Geit added, in Chennai every day there is around 6,000 tonnes of garbage which straight away makes its way to the landfills. And when it rains then the garbage makes its way to the beaches. Almost 80% of the garbage floating in our beaches is coming from the lands. That’s why we started targeting water bodies. It is one of nature’s most precious things, how can we make it dirty like that. 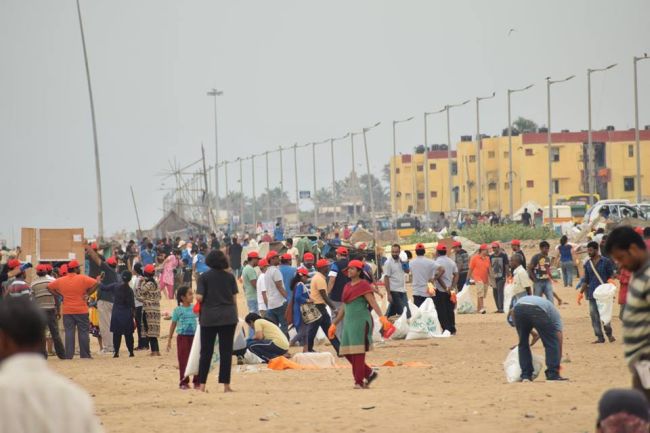 Swachh crusaders spreading the message – ‘Save Our Planet’

In 2013, the Chennai Coastal Cleanup got the Limca Record for maximum garbage collection, with 5584 volunteers collecting 36.7 tonnes garbage along a stretch from Marina to Kovalam. In the 7th edition of the cleanup which happened last year in June, the group was able to successfully implement the zero waste project in Nochikuppam, a fish hamlet in Chennai along the Marina Beach where some 600 families have started to live a life without trash.
Apart from Chennai, in 2014, the club extended its support to 12-14 cities like Pondicherry, Hyderabad, Coimbatore, Vishakapatnam, and Kanyakumari where in collaboration with various regional and environmental NGOs numerous cleanup activities are being held.

The ultimate goal for us is not only confined till cleanups but to raise awareness on the continuous growth of the garbage and how it is affecting the environment on a national level, added Peter Van Geit.

However, the campaign gained a lot of momentum in 2015 post-Chennai Floods. Since then the group is doing weekly cleanup drives along the banks of the various beaches and has been spearheading a series of campaigns across the city about why say no to disposable plastics and why opt for waste segregation.

With these activities, we want to educate the user to throw waste consciously. Currently, most of us generate a lot of waste without even realising, this is what we aim to change because if this is ignored further, our planet will be no more, said Peter Van Geit.

Spreading The Message Of Swachh India 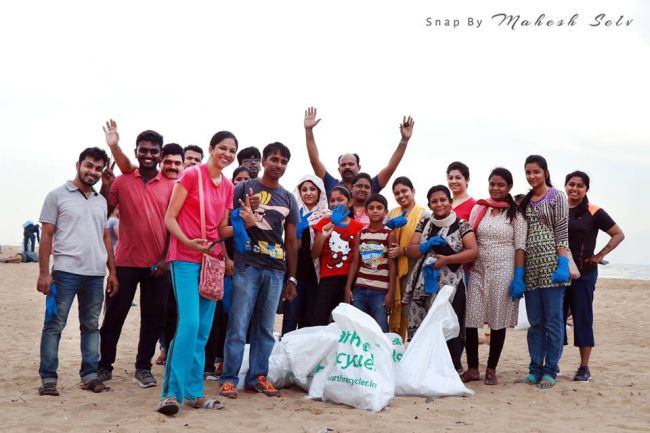 One small step can save our environment

The swachh warrior signs of by saying, I want to pass on this important message to everyone out there – Use things wisely and dispose them off carefully. This is our planet, it is our duty to save it! Avoid the usage of disposable plastics, it is very much possible, just opt mindfully and start segregating the waste you generate. It is the most basic and the key requirement for the best waste management practices.

Plastic Waste To Build Roads: Chennai, Pune And Indore Are Trying This Innovative Way To Deal With Plastic