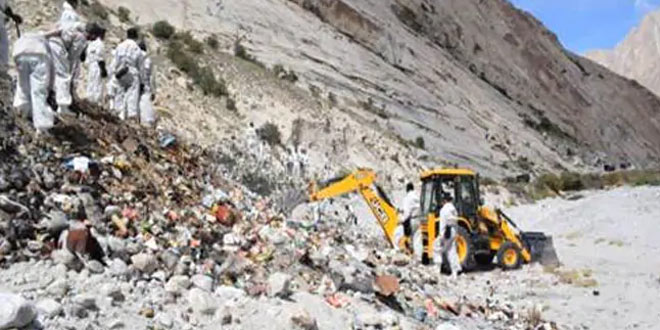 New Delhi: he Army has removed 130 tonnes of solid waste from the Siachen glacier as part of a mega drive to protect the eco-system of the world’s most dangerous battlefield. Presence of sizeable numbers of troops saddled the glacier with tonnes of waste and the Army is determined to rid the area of pollutants, Army officials said. A total 130.18 tonnes of waste has been disposed till now which included 48.41 tons of bio-degradable waste, 40.32 tonnes of non bio-degradable non-metallic waste and 41.45 tonnes of non bio-degradable metallic waste, they said. According to official date, the total volume of waste generated at the glacier is 236 tonnes. The drive started around one-and-half years back.

Army officials said incinerators have been installed at Partapur near Siachin base camp and Bukdang in Leh to convert non-metallic waste into manure. The Army has also set up cardboard recycling machines in Leh. 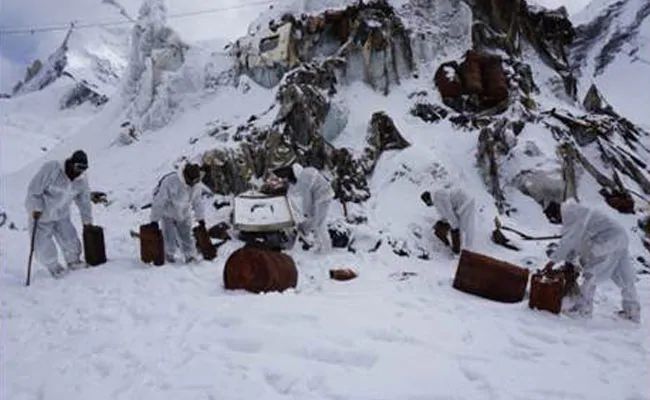 According to official date, the total volume of waste generated at the glacier is 236 tonnes

The army has also launched a mega drive to create awareness among people in Leh and adjoining areas to protect the environment. An Army concept paper on steps to protect the glacier said, 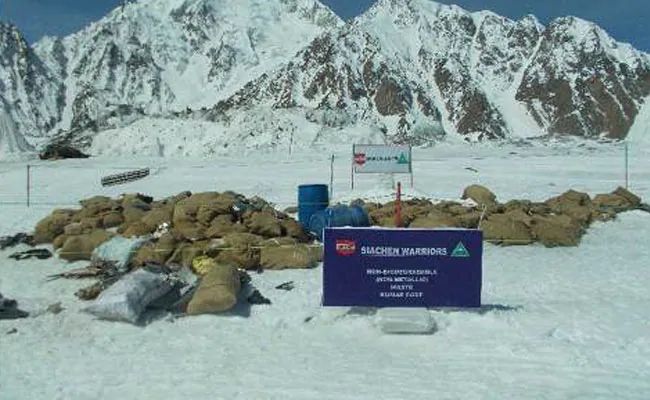 Also Read: Swachh Bharat Mission To Take A Trip To The Himalayas

The Siachen Glacier at the height of around 12,000 ft in the Karakorum range is known as the highest militarised zone in the world where the soldiers have to battle frostbite and high winds.

Avalanches and landslides are common at the glacier during the winters and temperatures can drop to as low as minus 60 degrees Celsius.

According to official figure, the Army lost 163 personnel at the world’s highest battlefield during the last 10 years. India and Pakistan started deploying troops at the strategically key glacier in 1984.