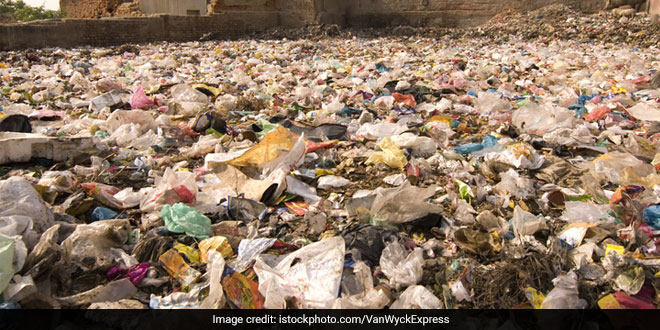 New Delhi: Stepping up its anti-plastic campaign, the BJP-led South Delhi Municipal Corporation on Monday declared the Tagore Garden fruits and vegetable market as its “first plastic-free market”, officials said. Mayor Sunita said the SDMC is setting an example by achieving plastic-free status for this market and aiming to reduce plastic waste by “promoting use of eco-friendly and sustainable alternatives”. As the part of its initiative towards environmental protection in line with Prime Minister Narendra Modi’s pledge to shun single-use plastic, the South Delhi Municipal Corporation (SDMC) on Monday declared its first plastic-free market, the officials said.

So, Tagore Garden fruits and vegetable market in West Zone has become the first market to attain plastic-free status under the SDMC, the corporation said.

Mr. Gupta urged shopkeepers to put up a board at their shops appealing to customers to carry cloth and jute bags.

He said the SDMC has organised various activities within the market in order to promote the message of shunning plastic.

Our first aim was to convince small shopkeepers to be the part of the single-use plastic ban campaign and shun polythene carry bags, and opt for cloth and jute bags. This is the common belief that making a small fruits and vegetable market quit polythene bags is an unachievable task, but we wanted to challenge this reality and show people that these markets can also move towards greener and cleaner India, Mr. Gupta said.

‘Revive The Dying Yamuna’, Say Activists As They Ask For Government Actions Towards Rejuvenating The River