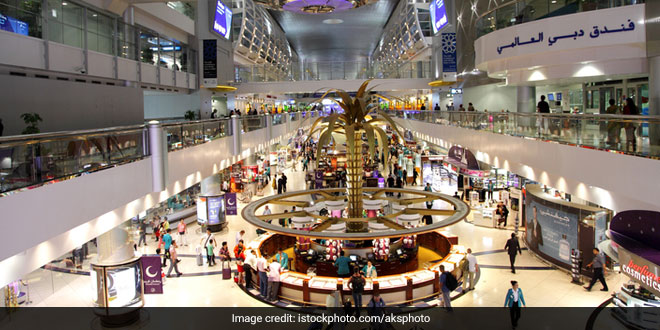 New Delhi: Dubai International Airport (DXB) is the world’s busiest international airport in terms of international passenger traffic as per the Airports Council International (ACI). Moreover, among the two airports of Dubai, DXB and Dubai World Central (DWC), a total of over 9 crore passengers reportedly travel every year. Considering the heavy footfall at both the airports, single use plastic waste generation – from straws to coffee lids and of course, water bottles, is understandably a major barrier to effective waste management.

Therefore, when Dubai announced in June 2019, that both the airports will ban single use plastic by January 2020, it was doubtful if the commitment could be met in a short span of six months given the scale of operation with about 290 concession and hospitality partners to coordinate with. But now with barely 20 days to go, Dubai Airports has announced in a statement that it will successfully be able to meet the ‘plastic-free’ deadline, in a phased manner.

Change is coming. Find out how Dubai Airports and its partners are preparing for the pledge to ban single-use plastics at the world’s busiest international airport,@DXB.???? pic.twitter.com/nUqJzBk5Rh

Dubai Airports, which manages the operation and development of both of Dubai’s airports, said the process will involve a phased approach which will see plastic cutlery, drinking straws, take-away food packaging and polythene bags removed from restaurants and shops from January 1, 2020. And when it comes to other plastic products, it said that will be done through the year.

95 per cent of our partners have actually taken the pledge, to switch from plastic to appropriate and relevant substitutes for the products that are used in catering and retail across the airport. Brands like Mc Donald’s, Costa Coffee and some more local brands, have already made the switch.

Talking about the challenges faced by some brands in eliminating single-use plastics, Ioana Kovacevic, Head of Sustainability for Fix, Nutella and Tree House said,

In the last few months, we have identified two major challenges in imposing this ban, one of them is the supply chain and the sourcing and the other one is the financial and what it means to source a large volume of packaging, internationally. We go through 2000 bottles of cold press juices a day, so for us, having an alternative to replace these bottles is a huge challenge.

Costa Coffee has committed to replacing its plastic-lined cups with a 100 per cent renewable, plant-based “smart” cup. The café-chain uses over 2.6 million cups a year in both Dubai’s airports, so a significant impact from this move is expected. This will be shortly followed by the introduction of a coffee cup lid made entirely from wood and paper fibre instead of single-use plastic. Shermaine Jones, Head of Sustainability for Costa Coffee, said,

We have removed one million plastic straws and replaced it with a more sustainable option. We have also introduced, reusable cups and in in 2020 we will be launching a new more sustainable hot cups, which will be 100 per cent plant based lining. We will also introduce suitable packaging items and avocado seed cutlery.

Among other prominent restaurants, fast food giant McDonald’s is said to be replacing a total of 5,608,740 items with recyclable materials at both Dubai’s airports. As Dubai Airports is ARE working towards eliminating plastics from the airports, the officials have said that the authorities are also working towards increasing their recycling facilities in the customer spaces.

Prior to announcing the ban on single-use plastics, Dubai Airports also conducted a survey to get a better understanding of the recycling habits of travelers, and shared the following results:

Also Read: Say No To Plastic: Bangla Sahib Gurudwara Bans Use Of All Types Of Plastic Items

This is an early stage of a long journey to an environment friendly approach to managing businesses and airports, Eugene Barry signed off.

Remnants Of Plastic Litter Found In The Bottom Of Mariana Trench