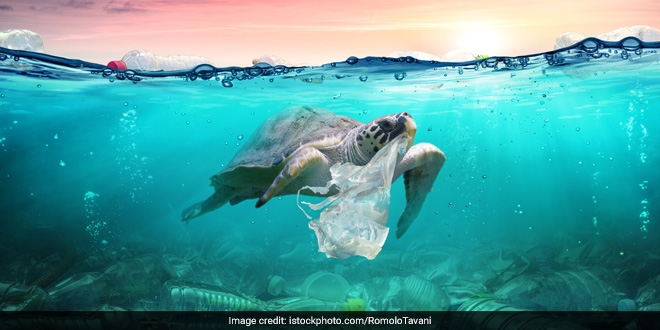 Tokyo: Mariana Trench, the deepest point on planet Earth at 11 km below sea level, is an inhospitable place and almost inaccessible to humanity. But it’s not inaccessible to the garbage left by humans. Over three decades, researchers from the Japan Agency for Marine-Earth Science and Technology (JAMSTEC) have identified, photographed and recorded some of the waste generated by human activity that has ended in the deepest folds of the Pacific Ocean, Efe news reported.

In Challenger Deep, the deepest part of the Trench at over 10,000 meters deep, these scientists found remnants of plastic bags and a wooden plank.

Closer to the surface, but still several kilometres below sea level, they discovered objects such as slippers, a shoe, backpack, several car wheels, toy fire engine and a mannequin’s head, which a marine organism had made its home.

JAMSTEC noted that even at that depth, organisms were commonly found to have incorporated plastics as part of their habitats, thus endangering their delicate ecosystem.

They have managed to collect images of more than 3,500 points with waste in deep waters, which are available on their website to raise societal awareness.

The digital database, named the Deep Sea Debris Database, was made accessible to the public two years ago and has been constantly updated.

Sanae Chiba, the lead researcher of the study

“Human footprint in the abyss: 30-year records of deep-sea plastic debris”, dedicated to analyzing that database, said the most striking thing was that a large part of the waste found at the bottom of the ocean were single-use products.

Much of the debris found in the deep may have been collecting since the 1980s or the 1990s.

That indicates that debris has already started affecting the ecosystem and the environment, Dr. Chiba told Efe news. Once the plastic debris enter into the ocean and broken into small particles, it’s impossible to collect. It’s really difficult to reduce from this point so what we have to do is just stop adding (more) at least, said the researcher.

Scientists estimate that some 45 million tonnes of plastics have ended up in the oceans, but only about 440,000 tonnes (just under 1 per cent) have been found. The whereabouts of the remaining 99 per cent of the plastic dumped at sea is one of the key concerns of the JAMSTEC team, which has already started organizing a new expedition to look for a large garbage accumulation point in the ocean to the south of Japan.

As The New Decade Begins, World’s Busiest International Airport In Dubai Is All Set To Eliminate Single-Use Plastics