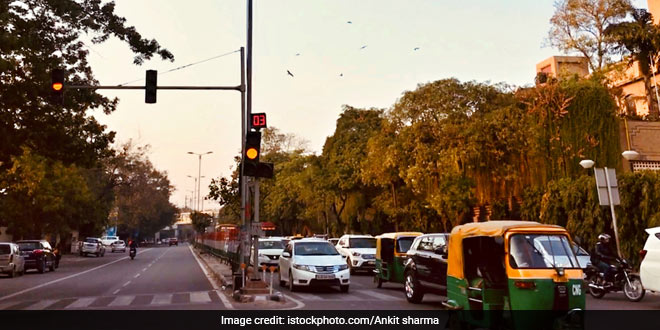 New Delhi: As this year’s World Environment Day (June 5) aims to create awareness about the air pollution crisis with the theme #BeatAirPollution, Delhi government is trying to show their seriousness to combat the crisis by setting a target of planting 23 lakh trees and saplings in the city, during the year 2019-2020. The Delhi Minister of Environment and Forest, Imran Hussain convened a meeting with various government agencies to declare the plantation target on Wednesday. Action to fight air pollution has become crucial as The Greenpeace study ‘2018 World Air Quality Report’ gave New Delhi the status of the World’s Most Polluted capital city, after compiling the data of over 3000 cities.

Mr. Hussain also proposed to distribute 4.25 lakh saplings free of cost during the year, to raise awareness about the importance of tree plantation.  During the meeting, Mr. Hussain also expressed his apprehensions towards low plantation done by Delhi Development Authority, Delhi State Industrial and Infrastructure Development Corporation, Delhi Urban Shelter Improvement Board and Health Department, as he asked them to undertake plantation drives. He also instructed the Department of Environment and Forest to undertake a mass awareness campaign to make the plantation drives successful.

According to ‘The Economic Survey of Delhi 2018’ the city’s green cover stands at 20.6 percent. The Delhi government’s outcome budget report said,

Delhi’s green cover has increased from around 20.2 per cent in 2015 to 20.6 per cent in 2017. The increase has been attributed to plantation and conservation activities undertaken by the government.

Last year too, the Delhi government set a plantation target 32.5 lakh trees, 10 lakh more than this year’s target. To fulfill the target, the Delhi Chief Minister Arvind Kejriwal conducted a ‘mega tree plantation drive’ by claiming to have planted approximately 5 lakh trees and shrubs in a day at 600 locations through the city.

Out of the target of 32.5 lakh trees to be planted last financial year, around 28 lakh saplings were planted till March 15 this year. The Delhi government officials say that the balance 4.5 lakh trees will be planted along with this year’s plantation target.

Sunil Dahiya, Green Air Campaigner from Greenpeace India, noted that although these plantation drives are necessary for creating awareness among the citizens, its impact cannot be measured immediately.

It would be great if Delhi gets 23 lakh new trees and plants, without a doubt it’s a good number. Planting trees are an important aspect of maintaining the well-being of the environment; however neither does this replace the bigger trees that get cut down, nor is this an immediate solution to the air pollution crisis being faced by the national capital.

Mr. Dahiya also says that trees and plants do not help control the air pollution from source.

Mr Dahiya believes that planting trees can play a vital role in calming the effects of climate change, as they are the only natural resource with the ability to absorb carbon dioxide. It can really help control the temperature, purifying carbon dioxide and all these things are equally important to combat. He added,

But these impacts will not be immediately noticeable as it takes time for the saplings to grow and we need to maintain the saplings and make sure they grow but we can’t do away without planting trees it is an important step.