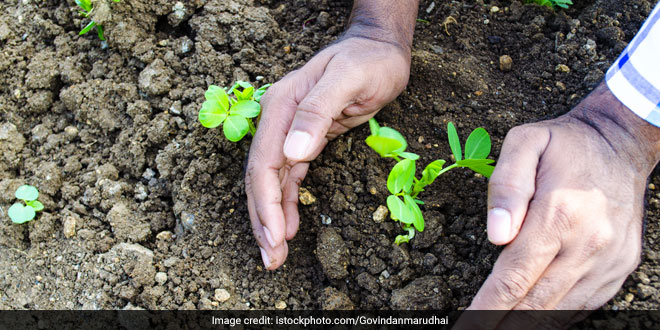 Noida: Nearly 7.50 lakh new saplings will be planted in 2019-20 in Noida and Greater Noida as part of Uttar Pradesh government’s efforts to improve green cover in the state, officials said on Tuesday (April 30). The district administration said in a statement that 3.73 lakh of the 7.49 lakh saplings would be planted on August 15 this year during a massive afforestation drive, like last year. All government departments including the police and the three local authorities, Noida Authority, Greater Noida Authority, and Yamuna Expressway Authority, have been allotted targets, it said.

Chief Minister Yogi Adityanath is expecting large scale public participation in the afforestation drive this year also with a targeted planting of 22.55 crore saplings across the state in 2019-20 and 11.27 crore on August 15 alone, according to an official letter.

We will carry out the plantations on a large-scale and involve all sections of the society. Efforts are on to rope in private players also to utilise their expertise too in the afforestation drive.

Improving the green cover and resurrecting water bodies are top priorities of the district administration and we are focussing on that.

The Noida Authority, which had led the campaign in 2018, has been allotted a target of 1.80 lakh saplings this year, and 90,000 on August 15 itself, while the Greater Noida authority will plant 80,000 saplings in the year and half of them on Independence Day, it said.

The district forest department has been entrusted with the biggest chunk of nearly two lakh plantations across Gautam Buddh Nagar through the year, with half of them to be done on August 15, the letter said.