New Delhi: The scientific management of municipal solid waste in the ‘Garden City’ Bengaluru, now also referred to as the ‘Garbage City’ as the waste collection services are unable to match up with the garbage flow, is one of the biggest concerns being faced by Bruhat Bengaluru Mahanagara Palike (BBMP). The city of over 10 million people generates over 5000 tonnes of waste per day, and majority of it is being landfilled, where the waste decomposes to produce leachate (liquid that drains or ‘leaches’ from a landfill, after extracting dissolved and suspended toxic matter from it, to the groundwater), causing a significant threat to surface water and groundwater. Bengaluru’s Bellahalli landfill produces about 30 lakh litres of leachate per day and has about three crore litres of leachate stored at the moment. Clearly, inefficient waste management and the amount of leachate being produced is a serious issue that needs to be addressed. Concerned over poisonous leachate affecting surrounding areas and contaminating groundwater, the BBMP has now set up a leachate treatment plant at its Belahalli landfill site. 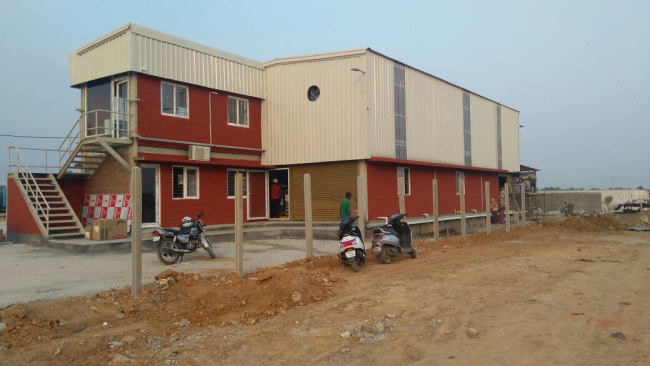 According to the BBMP officials, the leachate treatment plant is fully indigenous, and has the capacity to treat 1.25 lakh litres of leachate on a daily basis. The authority also has the plans to discharge the treated leachate (non-potable water) into the city lakes.

Also Read: Bengaluru Is Slowly Running Out Of Water As Man-made Crisis Intensifies

Talking to NDTV about how all of the leachate (30 lakh litres per day) generated at the landfill site will get treated, Gurumurthy, Executive Engineer of the Karnataka Rural Infrastructure Development Ltd (KRDL), which has collaborated with the BBMP to setup the plant said, “The current plant costing 3.5-4 crore has been on the pilot run for 15 days. During the test run, we have observed that the plant successfully treats 1.25 litres of leachate per day and makes it appropriate to be discharged into lakes. The plant will become fully operational by June, and is customisable to increase the capacity to treat all of the 30 lakh litres of leachate in a day.”

How does the leachate treatment plant works

The civic body defines this leachate treatment plant as a first-of-its-kind in the country. The waste water (leachate) collected in tanks passes through boom tubes and metals under intensive pressure. When sound passes through the metal at different frequencies, it bombards the water. Then the solid contaminants, which make no more than 8 percent of the leachate, along with other chemicals get separated from the liquid. After the metals are separated, the water flows to the purifying (RO- Reverse Osmosis) plants for advanced filtration to make it consumable. 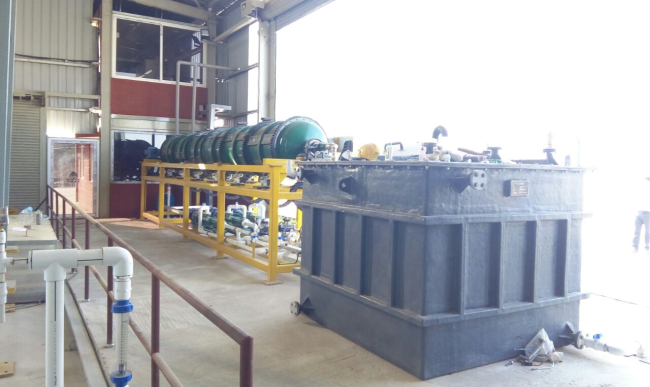 According Mr. Gurumurthy, the technology being used to treat the leachate at Belahalli landfill site has been developed indigenously, and is far superior to the one in use at other leachate treatment plants that use chemicals to treat the leachate, and don’t fully treat it to make it appropriate for purification through RO plants. “Due to its varying characteristics based from landfill to landfill, the leachate is hard to treat with biological or chemical treatment,” Mr. Gurumurthy further added. 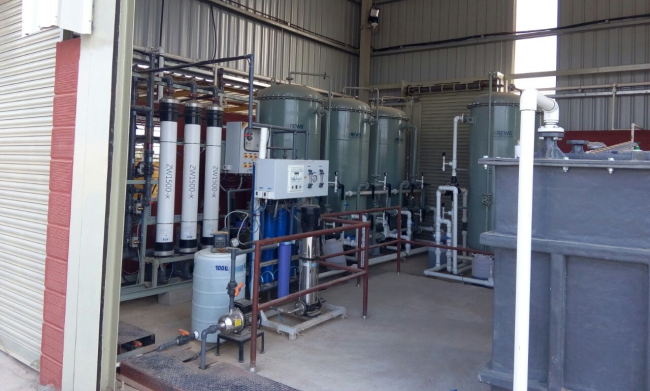 Talking about the plans to release the treated leachate into the lakes, Sarfaraz Khan, Joint Commissioner, Solid Waste Management, BBMP said, “Because we know the treated water will be clean, we’ve planned to release it into the lakes. This will also help in ensuring there is adequate water even during the summer,” he said.

The civic body highlighted that they have plans to start a number of waste-to-energy plants by December. These will be then used to produce methane gas, with which they hope to produce electricity for various state-run plants.

The BBMP had seven waste processing plants, but these have either stopped functioning or are partially functional because of logistic issues or by because of the protests by people living in the vicinity of these plants. The Palike is working overtime to make these plants functional again. Once fully functional, the plant at Kannahalli will process 500 tonnes per day (TPD), Chikkanagamangala will treat 500 TPD, Karnataka Compost Development Corporation Ltd will treat 500 TPD, Sigehalli will manage 150 TPD, while Lingenahalli Doddabidarikallu and Subbarayanapura units will treat 200 TPD each.

When all of these waste processing plants will become fully functional, it will help reduce the burden on the landfill sites, which will eventually help reduce the leachate production.

In A First, This Book Aims To Teach Children The Right Way To Dispose Of Used Bulbs, Tube Lights And Batteries