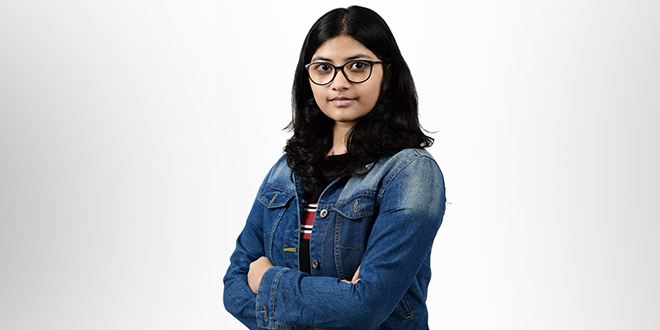 Ms. Narayanan’s project received acknowledgement and through the programme, she participated at the annual 1M1B Activate Impact Summit at the United Nations Headquarters to showcase her project’s impact.

New Delhi: 18-year-old Meghana Narayanan from Bengaluru has founded a project called ‘Abhaya’ that makes health and life insurance policies accessible to marginalised communities. She launched the project with the vision of reducing the financial burden of the underprivileged. Project Abhaya covers issues related to financial burden, lack of insurance coverage, monetary implications due to unprecedented events, and lack of awareness about government schemes among domestic workers and people below the poverty line.

Speaking to the NDTV-Dettol Banega Swasth India team, Ms. Narayanan detailed out how Abhaya was born out of a personal experience.

NDTV: Access to affordable healthcare is the need of the hour, especially for lower income families, as it provides much-needed financial aid. At such a young age, what drew you to address this concern?

Meghana Narayanan: It actually started with a story that is very close to me. The husband of a domestic worker, Mala, who used to work in my apartment complex, suffered from unforeseen brain damage, and this left them with an immense financial burden in the form of medical costs, loss of income, and much more. This pushed me to do research about the state of insurance policies for the poor in our country. I found out that 90 per cent of India’s poorest do not have any access to life or health insurance policies. They live under the constant threat of financial burden due to insufficient coverage. This is when I decided to work towards mitigating this issue, which is less talked about.

Also Read: Bengaluru’s Aniketh Is On A Mission To Address The Effects Of ‘Perfectionism’ On Youth’s Mental Health

NDTV: Which communities and target groups does your project work for?

Meghana Narayanan: The communities I work for primarily include daily wage workers, domestic workers, sanitation workers, and all the people falling below the poverty line.

NDTV: What is the action plan; Is there any curated curriculum to address the financial burden and insufficient coverage these people are suffering from?

Meghana Narayanan: I started off with life insurance. My work includes availing government insurance policies for the people. Besides, I also identified two life and disability insurance policies and enrolled nearly 105 domestic workers under them. Apart from this, I also focused on health insurance policies specific to Andhra Pradesh and insured several women working in a tailoring unit in the Lakkavaram district of Andhra Pradesh. Additionally, I also conducted a fundraiser to raise money to purchase COVID-19 insurance for around 259 sanitation workers.

NDTV: There are government programmes like the Ayushman Bharat Yojana Scheme that provides coverage for medical examination, treatment, and consultation fees. How is Project Abhaya any different from that?

Meghana Narayanan: The existing government schemes are very comprehensive and cover a wide range of issues. But the matter of concern is that these underprivileged people lack the awareness and literacy to avail of these schemes. Through Project Abhaya, I am attempting to bridge a gap by conducting insurance-related awareness sessions. Additionally, I personally assist these people in enrolling in these schemes. I work with both government and private entities.

NDTV:  What are the future plans for Project Abhaya?

Meghana Narayanan: In the future, I would like to build multiple teams across various parts of the country, with each team focusing on availing all-India and state specific insurance policies. I would also like to partner with more NGOs and organisations working in close proximity with the beneficiaries. This will help in the expansion of Abhaya’s geographical outreach and will also help sustain the project.

To expand the project’s impact, Ms. Narayanan has partnered with Suruchi, an NGO for underprivileged women. This helped her with the enrollment of more beneficiaries.

Ms. Narayanan’s project received acknowledgement and through the programme, she participated in a 3-day immersion in New York and had the opportunity to showcase her project’s impact at the annual 1M1B Activate Impact Summit at the United Nations Headquarters.

Also Read: Menstruation Is A Sign Of Life, Don’t Be Ashamed Of It: Navya Naveli Nanda

Related Topics:
Health Insurance
Up Next