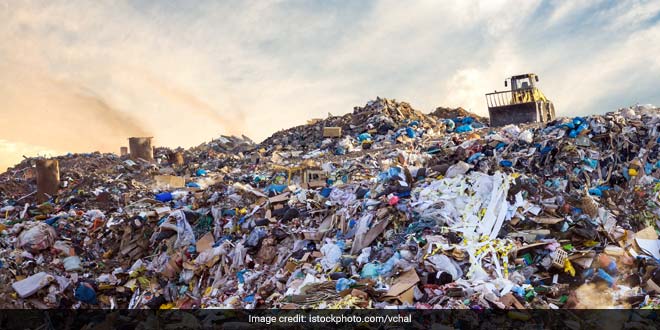 A nine-member scientific advisory committee, headed by Prof Manoj Datta of IIT Delhi, has been formed by the Department of Science and Technology which would advise about ways to maintain the landfill and ultimately close it down, he said.

“A detailed project report will be prepared for scientific management of the landfill and tenders will be issued for the purpose,” Mr Vyas said. The panel would give suggestions on trapping and flaring of gases like methane, treatment of leachate (drained liquid from garbage) and, groundwater and ambient air monitoring.

“We will work towards complete closure of Bhalaswa, after which it will be covered with a nine layered green membrane,” he said. Spread over 40 acres, Bhalaswa landfill site had exhausted its lifespan in 2006. Rising over 50 metres, beyond the permissible height of 20 metres, it is visible from far away.

The landfill site is often in news due to fire caused by gases emitting from the garbage and frequent protests over air and water pollution caused by it.

On Day 4 Of India vs Sri Lanka Test Match, Suranga Lakmal And Mohammed Shami Vomit Due To Delhi’s Notorious Smog