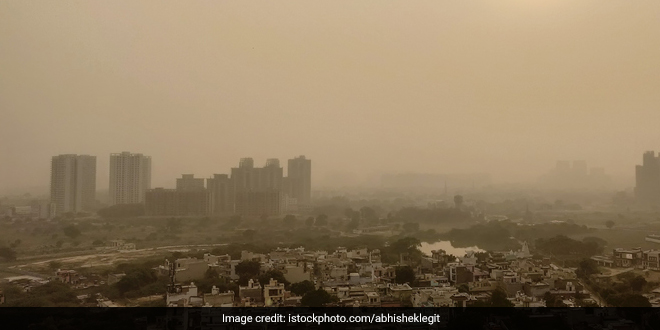 New Delhi: The Ministry of Environment, Forest and Climate Change on Wednesday (June 8), rejected the findings of the Environmental Performance Index 2022, an international ranking system of countries’ performance on sustainable issues, after it ranked India lowest among 180 countries assessed. The index published recently by the Yale Center for Environmental Law and Policy and the Center for International Earth Science Information Network, Columbia University, used 40 performance indicators across 11 categories to judge countries on climate change performance, environmental health and ecosystem vitality.

The Environmental Performance index 2022 released recently has many indicators based on unfounded assumptions. Some of these indicators used for assessing performance are extrapolated and based on surmises and unscientific methods, said the Ministry of Environment, Forest and Climate Change (MoEFCC) while refuting the findings of the EPI 2022.

According to the EPI 2022, only a handful of countries — including Denmark and the United Kingdom — are currently slated to reach greenhouse gas (GHG) neutrality by 2050, a target set under the 2021 Glasgow Climate Pact.

Many other nations are headed in the wrong direction, with rapidly rising greenhouse gas emissions in major countries like China, India, and Russia, stated the EPI 2022 report.

Commenting on the findings, Professor Dan Esty, who directs the Yale Center for Environmental Law & Policy that has produced the EPI biennially since 2006, said:

Major countries have much more work to do than they may have realised if the world is to avoid the potentially devastating impacts of climate change.

Giving out the reason behind rejecting the findings of EPI 2022, in a press release, the MoEFCC said,

A new indicator in the Climate Policy objective is Projected GHG Emissions levels in 2050. This is computed based on average rate of change in emission of the last 10 years instead of modelling that takes into account a longer time period, extent of renewable energy capacity and use, additional carbon sinks, energy efficiency etc. of respective countries. Both forests and wetlands of the country are crucial carbon sinks which have not been factored in while computing the projected GHG emissions trajectory upto 2050 given by EPI 2022.

“By 2070, India will achieve the target of ‘net zero”, Prime Minister Narendra Modi had announced in his speech at Glasgow’s Scottish Exhibition Centre while attending the opening ceremony of the COP26 climate summit. Since India’s target for Net Zero is 2070, “comparing it to countries with projected 2050 emissions level in 2050 equal to or below zero receiving the maximum score is against the principle of Equity as enshrined in Common But Differentiated Responsibilities and Respective Capabilities (CBDR-RC).”

The MoEFCC also believes that the weightage of indicators in which India was performing well has been reduced in the assessment. The report doesn’t give any explanation for the change in the assignment of weights. For example, for the Black Carbon growth rate indicator, the score of India has improved to 100 in 2022 from 32 in 2020, whereas the overall weight of the indicator is reduced to 0.0038 in 2022 from 0.018 in 2020.

In an extensive point-by-point statement and refusal of EPI 2022 findings, the government reiterated the selection of indicators to be “biased and incomplete”. It said,

India has already achieved the target of 40 per cent of installed electricity capacity from non-fossil fuel based sources. No indicator talks about the renewable energy, energy efficiency and process optimization.

The Union Environment Ministry also highlighted that the indicators on water quality, water use efficiency, and waste generation per capita which are closely linked to sustainable consumption and production are not included in the Index. The ministry added,

The index emphasises the extent of protected areas rather than the quality of protection that they afford. Management Effectiveness Evaluation of Protected areas and eco-sensitive regions is not factored into the computation of Biodiversity Indices. The index computes the extent of ecosystems but not their condition or productivity. Indicators like Agro biodiversity, soil health, food loss and waste are not included even though they are important for developing countries with large agrarian populations.

Environmental experts have also rejected the findings of the EPI 2022. In a long Twitter thread, Chandra Bhushan, Environmentalist and CEO of International Forum for Environment, Sustainability & Technology (iFOREST), an independent non-profit environmental research and innovation organisation based in Delhi explained why these rankings are subjective. He wrote,

A few months back, India was ranked 10th out of 64 countries on Climate Change Performance Index (CCPI) by Germanwatch & CAN International. All these rankings are subjective. They use indicators to suit their worldview. For example, India will rank high if one uses per capita GHG emissions. But if one uses total GHG emissions, India will rank low. This is the difference between EPI and CCPI.

2/9: But a few months back, India was ranked 10th out of 64 countries on Climate Change Performance Index (CCPI) by Germanwatch & CAN International @CANIntl.

So, why such a significant difference?

Using the indicator of “tree cover loss”, Mr Bhushan explained the problem with EPI which according to him uses too many subjective indicators with unverified data. He wrote,

Tree cover loss (TCL) has been calculated as the average annual loss in forest area over the past five years, divided by the total extent of forest area in the year 2000. Forested areas include parcels with ≥30% canopy cover. Eritrea has been ranked the best country on TCL because it has not lost even a single hectare (presumably) of forest in the last 5 years. Fair enough. But the total forest cover in Eritrea is just 43 hectares — 0.00036% of its land area. It practically has nothing to lose. In comparison, India with 31.3 million hectares of natural forest has been ranked 75th because presumably, it has lost 1.4 lakh hectares of tree cover every year in the last 5 years.

5/9: TCL has been calculated as the average annual loss in forest area over the past five years, divided by the total extent of forest area in the year 2000. Forested areas include parcels with ≥30% canopy cover.

Mr Bhushan called to not waste one’s time and energy on these rankings. Similarly, Author and Environmentalist, Ananda Banerjee termed the ranking as “grossly unfair” and said that developing countries like India cannot be compared to developed countries like Denmark in the same index. In an interview with the Banega Swasth India team, he said,

We are just 2 per cent of the global landmass with 18 per cent of the human population. We have enormous needs and challenges for our people and country. We can’t be compared in this way with nations like Italy, Denmark or France, look at their population and standard of life, it’s an unfair comparison. Not just India, but China with all its economic might (or the US) hasn’t fared well either. Our air quality is a big issue and the same goes for China as well. But this ranking is lopsided.

Mr Banerjee called to look at region-specific specific challenges and then address them. These rankings will lead to nothing, he said and added,

All That Breathes: Filmmaker Shaunak Sen On His Film And Big Win At The Cannes Film Festival