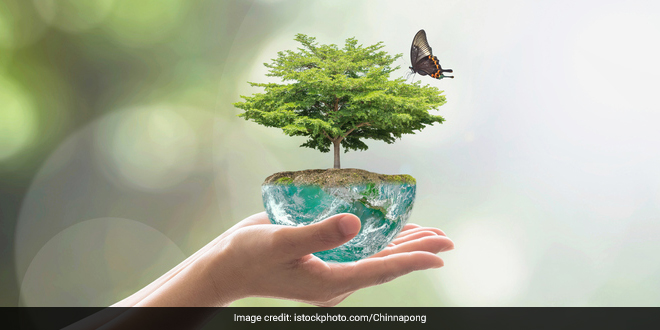 Last year, at COP26, PM Modi had emphasised that climate change is a "big threat" to the existence of some developing nations

New Delhi: Chief Economic Adviser Dr V Anantha Nageswaran on Monday said that in comparison to the developing nations, the developed nations face a bigger challenge in convincing their people to change their personal behaviour in order to make the climate change mitigation policies work. The CEA made these remarks during UK-India Economic Collaboration Programme held in New Delhi. “Governments of developed countries have a far bigger challenge convincing their public to accept climate change mitigation policies and change their own personal behaviour to make those mitigation policies work,” he said.

Dr Nageswaran was appointed as the Chief Economic Advisor (CEA) for Union Finance Ministry in January.

Last year, Prime Minister Narendra Modi at the 26th session of the Conference of Parties (COP) noted that climate finance promises cannot be the same as they were in the Paris Climate Accord and said that it is India’s expectation that developed countries provide climate finance of one trillion US dollar soon.

“It is India’s expectation that the developed countries provide climate finance of one trillion dollars at the earliest,” he added.

The Prime Minister noted that pressure must be on those countries which do not complete their promises made on climate financing. “It will be appropriate justice,” he said.

He said India is now moving forward with greater ambition on the issues of climate and stressed that New Delhi understands the issues other developing nations face on climate change.

India shares their concerns and will continue to express their expectations, the PM had said.

He stressed that the world must make greater efforts to protect the environment.

This is the demand of time and will prove the relevance of this forum, PM Modi added.

“I believe that decisions taken at this forum will secure the future of our coming generations,” he said.